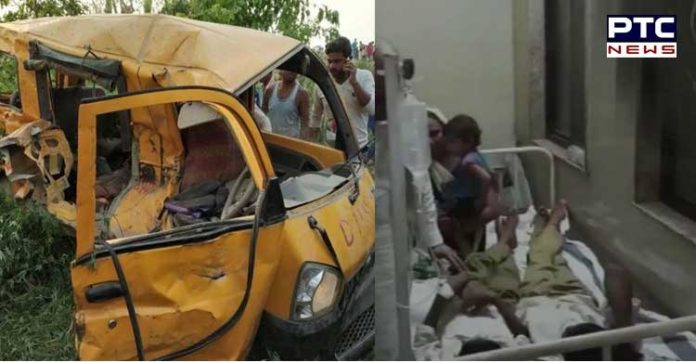 At least seven children were killed and two got injured after a school van collided with a bus at Birsinghpur in Satna in Madhya Pradesh on Thursday.

The deceased children were students of Lucky Convent School in Birsinghpur.

Santosh Singh Gaur, Superintendent of Police (SP) said ,”At least seven school children travelling in the school van and its driver were killed in the accident” Meanwhile,the injured are undergoing treatment in the civil hospital in Satna.

The police has started an investigation in the matter.