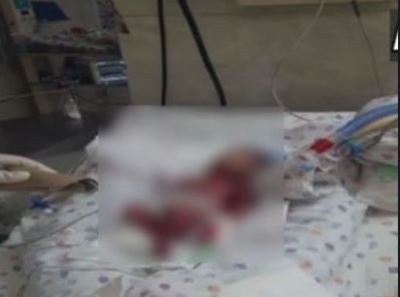 A premature baby boy, who was delivered in Max Hospital and wrongly declared dead last week, has died during treatment, police said on Wednesday.

A panel formed by the Delhi government to look into the case yesterday found Max Hospital guilty of not following prescribed medical norms.

Delhi Health Minister Satyender Jain had said the hospital's licence could be cancelled if a probe found it guilty of medical negligence.

The case relates to the birth of twins (a boy and a girl) on November 30. The parents alleged the babies were declared dead by the Max Hospital in Shalimar Bagh but they later discovered that the boy was alive. The infants were handed over to them in a polythene bag, they said.