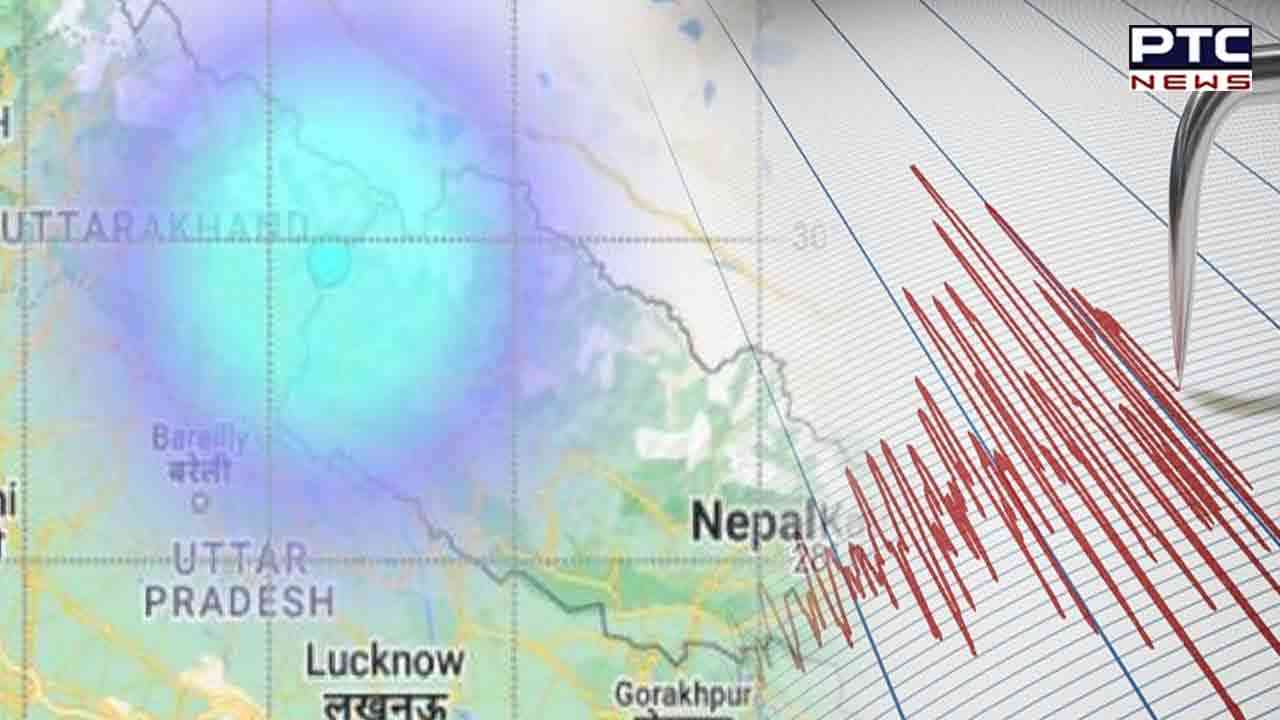 Pithoragarh , November 9: An earthquake of magnitude 4.3 on the Richter scale was recorded in Uttarkhand's Pithoragarh in the wee hours of Wednesday.

This comes after Nepal was struck with an earthquake of 6.3-magnitude at 1.57 am early Wednesday. The tremors were also felt across parts of Delhi-NCR. The earthquake jolts were felt with an intensity of 5 km depth below the ground in Uttarkhand's Pithoragarh.

The earthquake of magnitude 6.3 occurred at 1.57 am on Wednesday whose epicentre was Dipayal in Nepal's Doti district and the depth of the earthquake was 10 km below the ground, said National Center for Seismology.

The death toll from a house collapse incident in Nepal followed by subsequent tremors rose to six on Wednesday, local police informed.

Chief District Officer of Doti, Kalpana Shrestha informed ANI over the phone that five injured are being taken to the hospital.

"Five injured are being taken to the hospital. Dozens of house has been damaged with landslides at various locations across the district," she said.

As per the officials, among the deceased are one female and two children. However, the identities of casualties are yet to be ascertained

Earlier during the early hours on Wednesday, an earthquake of 6.3 magnitudes rocked Nepal, the National Centre for Seismology (NCS) reported.

According to NCS, the earthquake occurred at around 2:12 am (local time) in Nepal at a depth of 10 kilometres.

The tremors were also felt in India's capital New Delhi and its surrounding areas.