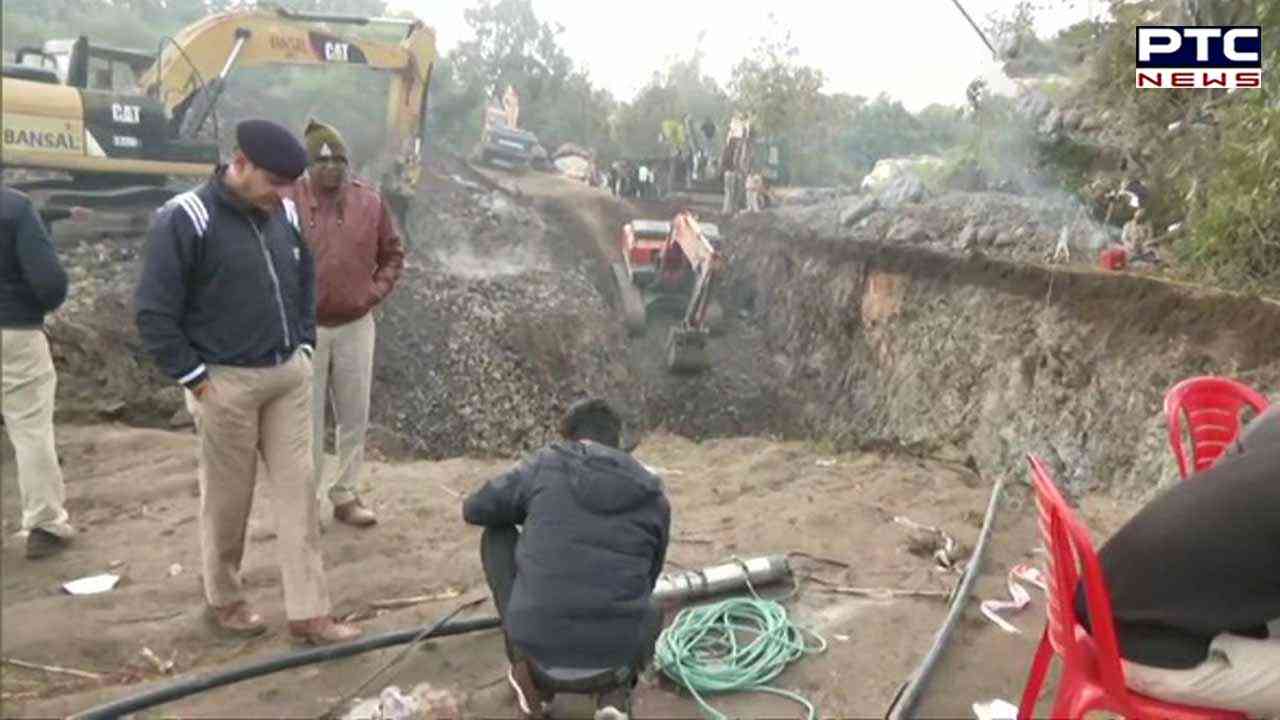 The boy, Tanmay Sahu, fell into the borewell while playing on a farEfforts to rescue an eight-year-old boy who remains stuck at 55-feet of a 400-feet deep borewell in Mandavi village of Madhya Pradesh's Betul district, has now surpassed 38 hours on Thursday, an official said.m around 5 pm on December 6. Betul Additional District Magistrate (ADM) Shyamendra Jaiswal late Wednesday said: "The Rescue operation for the eight-year-old boy who fell into the borewell is still underway. Excavation is going on and about 33 feet of excavation have been done."

"We have a target to reach 45 feet and then dig a tunnel. It might take some time as there are hard stones in the way. The child, however, is not responding as he might have fallen unconscious. Efforts are on to save the boy," Jaiswal added.

State Disaster Response Force (SDRF), Home Guard, and local police personnel are present on the spot and the rescue operation is continuously progressing.

Tanmay's father, Sunil Sahu, said his son was playing on the farm and went to another field where the open borewell was, and fell into it.

Sahu said, "My 12-year-old daughter saw him falling into the borewell and informed me about the incident.

"We immediately rushed to the spot. He was breathing and we listened to his voice as we enquired. The rescue operation was started from 6 pm onwards on December 6."