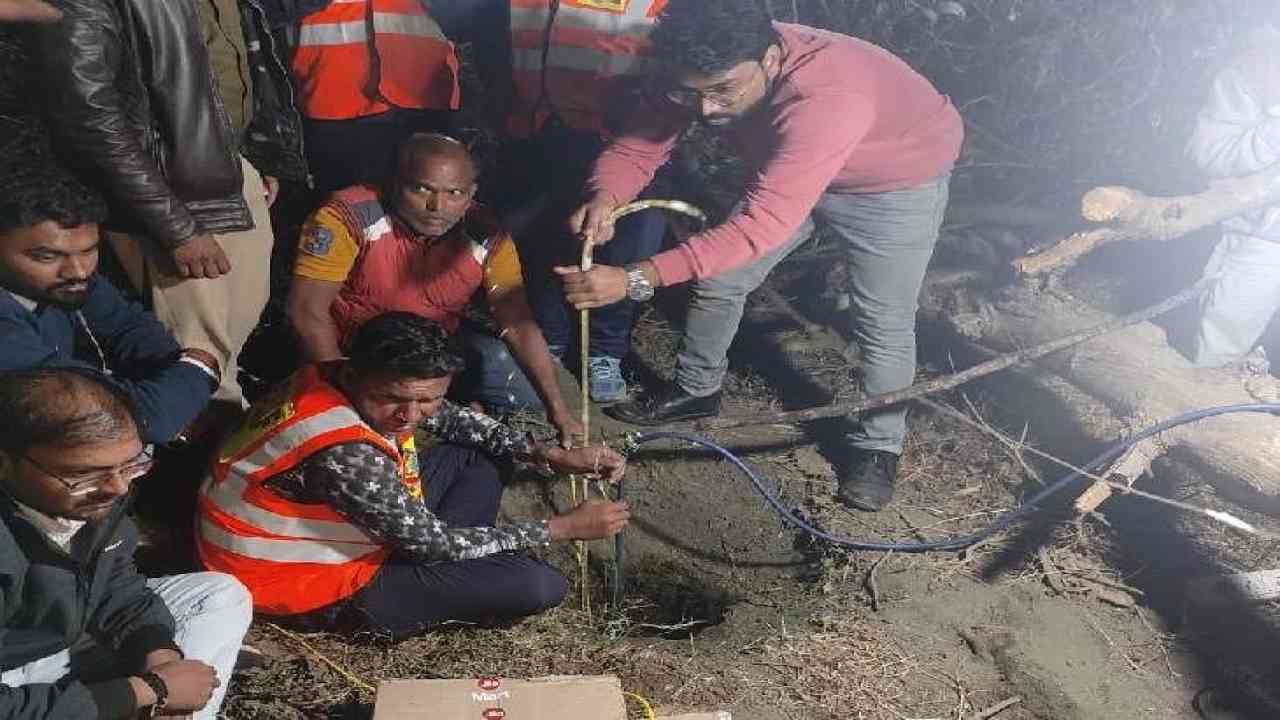 Betul, December 10: An eight-year-old, who fell into a 55-feet-deep borewell in Mandavi village in Betul district of Madhya Pradesh on December 6, died after he was pulled out following a rescue operation, said the Betul District Administration on Saturday.

8-year-old Tanmay Sahu fell into the borewell while playing in the farm around 5 pm on December 6 and the rescue operation started within the next hour. State Disaster Response Force (SDRF), Home Guard, and local police personnel were on the job over the past four days.


Tanmay's body is being taken to Betul District Hospital by ambulance.

Tanmay's mother, Jyoti Sahu said: "Give me my child, whatever it may be. Would it have taken so much time even if it was a child of a leader or an officer?"

"So much time has passed, and they are not saying anything. Not even allowing me to see.

His father, Sunil Sahu has said, "My 12-year-old daughter saw him falling into the borewell and informed me about the incident. We immediately rushed to the spot. He was breathing and we listened to his voice as we enquired. The rescue operation was started from 6 pm onwards on December 6."

Tanmay's teacher, Geeta Mankar, said, "Tanmay is a student of Class 3. The children of his school, including teachers, chanted Gayatri Mantra for his safety. The teachers and students have prayed to God that Tanmay comes out safely from the borewell. Tanmay is an intelligent student. His safety will be the victory of all of us."