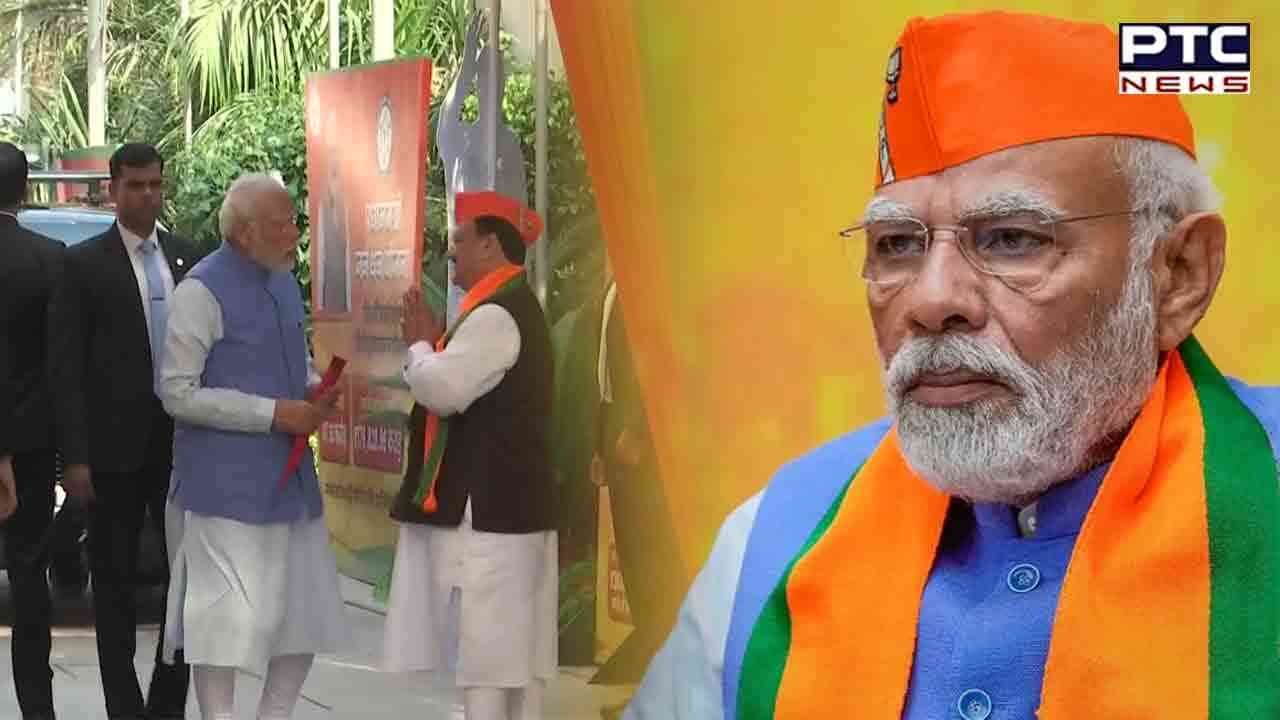 New Delhi, December 5: Prime Minister Narendra Modi was greeted with thunderous applause on Monday when he arrived at the BJP headquarters in Delhi to address a meeting of national office-bearers.

Prime Minister Narendra Modi addressed his party colleagues, emphasising the significance of India's G20 presidency. He also told the party workers to focus on making this occasion a success.

"Make each and every Indian feel proud of this achievement and make them also a participant of this historic occasion," sources said quoting Prime Minister Modi.

According to the sources, the party is likely to consider organising various events and programmes, with a focus on public participation, to showcase India's cultural and traditional prowess.

The first G20 Sherpa meeting under India's presidency began on Sunday in Udaipur, Rajasthan. This was the first of 200 such meetings that will take place in 55 Indian cities over the next year.

On December 1, India formally took over the G20 presidency from Indonesia.

The G20, also known as the Group of 20, is an intergovernmental forum comprised of the world's major developed and developing economies.

At the Bali summit last month, Indonesia handed over the G20 presidency to India in the presence of Prime Minister Modi.