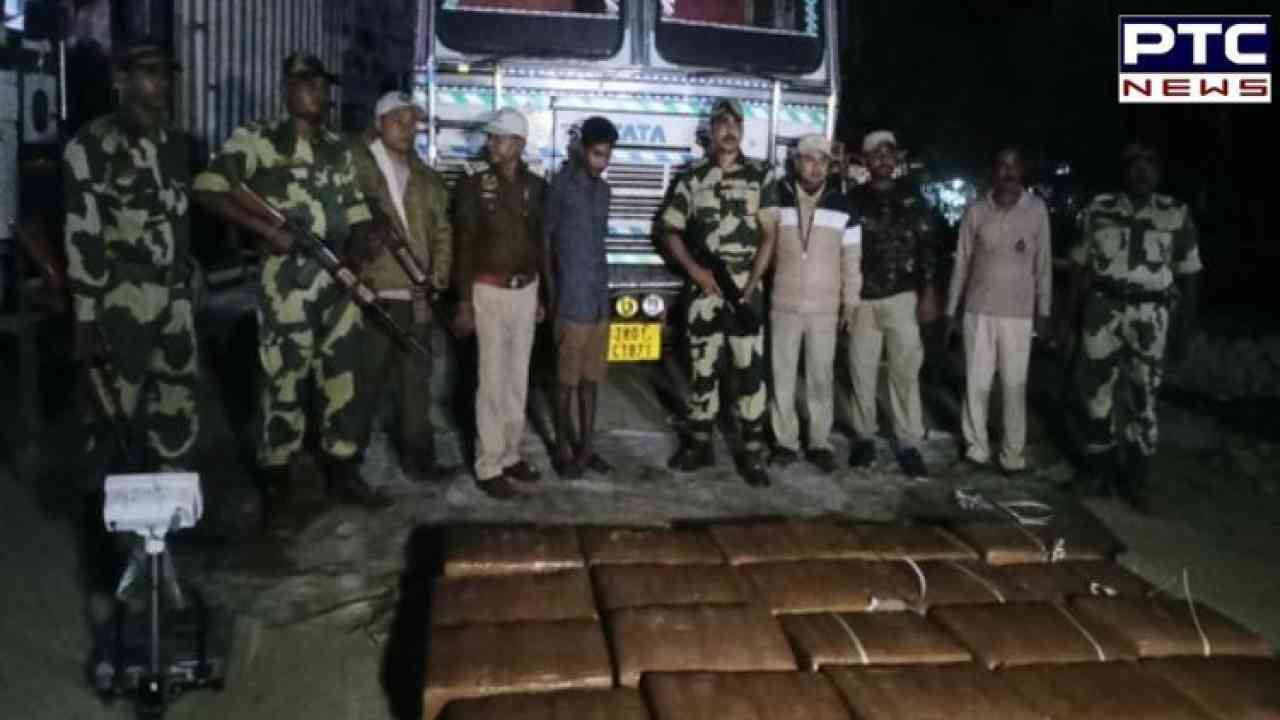 Karimganj (Assam), December 6: Foiling a major smuggling bid, Assam Police on Monday seized a huge quantity of Ganja worth Rs 40 lakh from a truck in the Karimganj district along the Assam-Tripura border.

According to police, a police team of the Churaibari watch post had intercepted a truck after receiving secret information. Police also arrested the truck driver and filed a case under Narcotic Drugs and Psychotropic Substances Act, 1985 (NDPS) Act.

The truck was coming from the Tripura side, according to Niranjan Das, the in-charge of the Churaibari police watch post.

"We stopped the truck during a routine check. During the search, we found 400 kg of Ganja in a secret chamber of the truck. We arrested the truck driver Rubel Miya. We have registered a case under NDPS Act and the investigation is on. The market value of the seized Ganja is estimated at around Rs 40 lakh," Niranjan Das added.