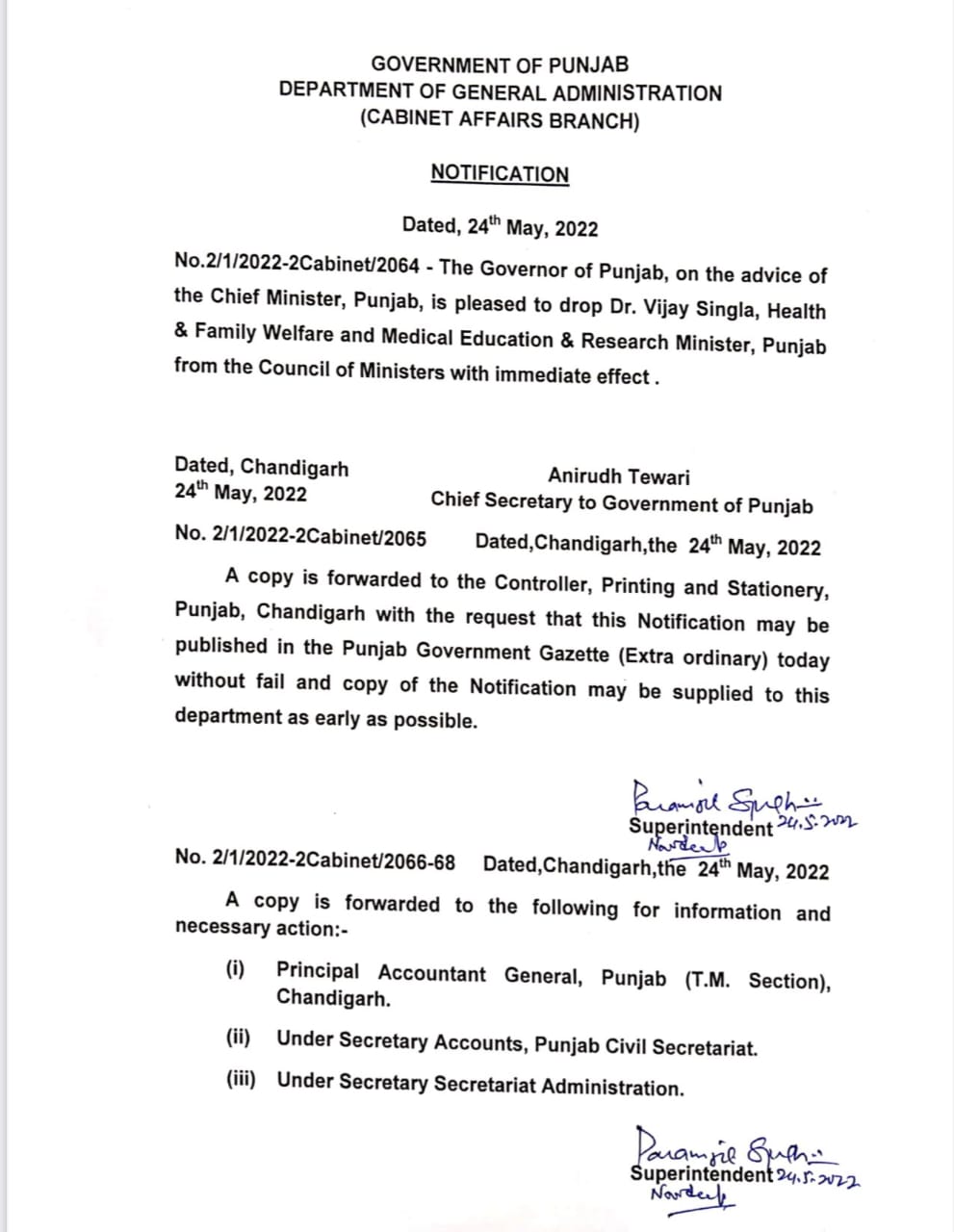 Vijay Singla made his nephew Pradeep Bansal OSD. Pradeep is a businessman and he has a ply mica job in Bathinda. Apart from this, ITI is also running. Singla’s OSD Pradeep Kumar has also been arrested. A case under Sections 7 and 8 of the Prevention of Corruption Act was registered on the complaint of Rajinder Singh, Superintending Engineer, Punjab Health Systems Corporation. Both were produced before a Mohali court, which remanded them in police custody for three days.