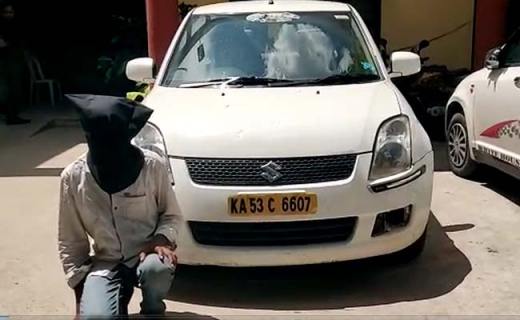 In a shocking incident, an Ola cab driver in Bengaluru was arrested on Tuesday for allegedly molesting an architect travelling to the airport  on June 1.

The driver not only molested the 26-year-old woman but also forced her to strip and pose for pictures. He held the woman hostage at 2 am. The driver also allegedly told the woman his friends would gangrape her if she wouldn’t comply.

The woman later emailed the Bengaluru’s police commissioner and based on her complaint the driver was arrested for molestation, wrongful confinement and attempt to murder.

As per reports, the driver tried to strangle the woman when she refused to strip.

“Fearing for her life, the woman complied and gave him the photos he wanted. He clicked the pictures on her phone and shared it through WhatsApp to his phone number,” the officer said.

We regret the unfortunate experience the customer had. We've zero tolerance for such incidents&driver's been blacklisted. Safety of customers our top priority. We're extending full support to police in probe: Ola spokesperson said.