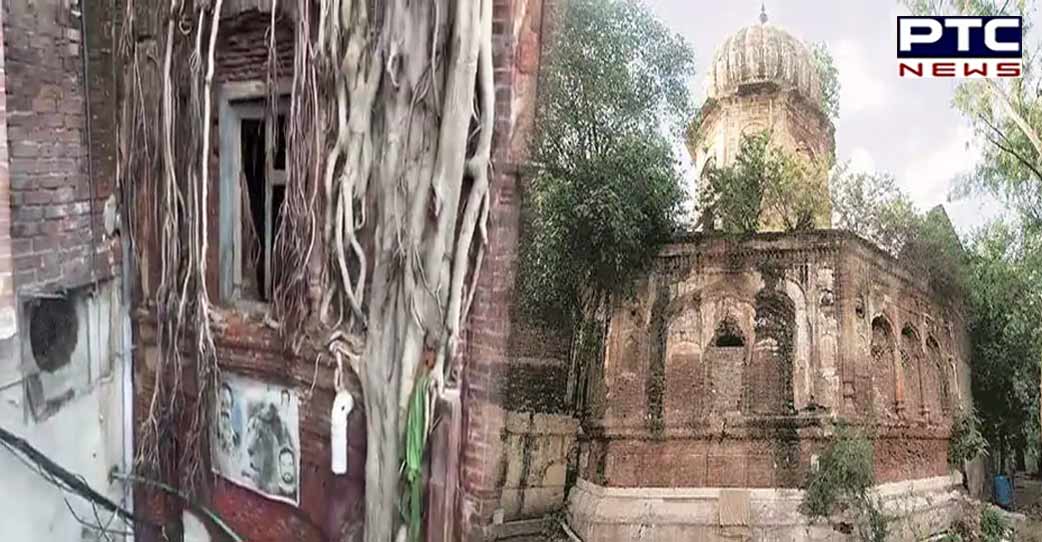 A portion of the haveli of "Sher-e-Punjab" Maharaja Ranjit Singh collapsed despite authorities declaring it safe to be converted into a historical tourism site just a few days ago.

The Assistant Commissioner of the district, along with officials from the concerned department, visited the haveli and declared it completely safe. It was announced that it would be open to tourists, particularly Sikhs from India.

The first Maharaja of the Sikh Empire, Sher-e-Punjab Maharaja Ranjit Singh was born in this haveli on 13 November 1780. The monument holds great significance for Sikhs across the world.

The mansion is a long rectangle that is oriented north-south but canted to the northeast in the direction of Gujranwala's urban fabric.

It was most likely surrounded by more greenery and open space in the late 18th century, but today it stands in an overly crowded environment surrounded by illegally built makeshift dwellings.

The heritage property, which once mirrored Ranjit Singh's father, Mahan Singh's wealth and eminence, appears in shambles in a video shared by locals.

"There is an illegal fish market in front of the haveli. Funds have been allocated several times to repair this heritage property, but the collapse of the roof shows total negligence," a local said.

"The remaining part of the haveli also remains in dilapidated condition. A park was constructed outside the haveli, which has turned into a fish market".

The Pakistan Archaeology Department has designated the building as a protected heritage site, and yet officials rarely visit. The Pakistani government has allocated funds for the restoration of the haveli over time, but they have not been used.

According to reports, the government turned a section of the haveli into a dump yard, and the lower floor was used as a police station for a long time after the partition.

The Pakistani government later removed the garbage dump but began using the area as a parking lot.

"In 2012 or 2013 the ground floor portion of the haveli beneath the front porch was converted into shops for vegetable vendors. This also resulted in the destruction of the main stairway which was converted into a parking lot for two-wheeled vehicles. It is feared that further such encroachments may result in the destruction of the main building, which so far survives, though in a perilous state of neglect," a report informed.