Prime Minister Narendra Modi launched a scathing attack on the Congress saying while it still wanted an "old India" marked by Emergency, scams and violence against Sikhs, his party wanted to create a 'New India'.

He also sought the opposition's cooperation in the passage of the OBC Bill and the triple talaq bill, besides holding constructive discussion on holding simultaneous polls to Parliament and state assemblies. 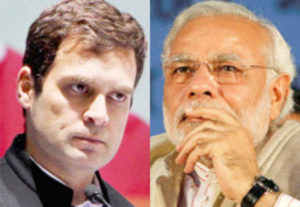 Replying to the debate on the motion of thanks on President's address in the Rajya Sabha on wednesday, he said the slogan of 'Congress-mukt Bharat' was not coined by him but by Mahatma Gandhi who after independence wanted the Congress party to be disbanded as there was no need for it.

"You don't need 'New India', but the India of Emergency, Bofors and chopper scams.

"We want Mahatma Gandhi's India as he had said there is no need for Congress now. The slogan of 'Congress-mukt Bharat' is not Modi's idea, it was given by Mahatma Gandhi," he said amid thumping of desks by BJP members.

"'When a big tree falls'...You remember these lines. Is this the India the Congress wants," he asked.

Modi said that his party was "aim chaser" who achieve targets within time limits, as he retorted to the Congress on its charge of being a "name changer" by changing names of various schemes launched by the previous UPA government. 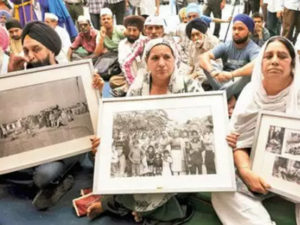 "You call us name changers....We are aim changers - we work hard and have ushered in a paradigm shift in the working of the Government. Innovative projects are being thought about and completed in a time bound manner," he said.

Modi also raised the issue of holding simultaneous polls and said thousands of crores have been spent in conducting polls and so much time and energy goes into holding them and asked whether a country like India can afford it.

He sought the opposition's cooperation in working out a solution in this regard.

Talking about the Congress claim that it had brought Aadhaar, he said, "Let me remind them about a debate in the Rajya Sabha in 1998 and what L K Advani Ji said. It is in his speech that you will find the genesis of Aadhaar."

Modi wondered why some people felt bad when India improves its ease of business rankings.

He said the government was always looking for suggestions, feedback and input on its schemes. "After all, we are working for the nation and the poor," he said. PTI