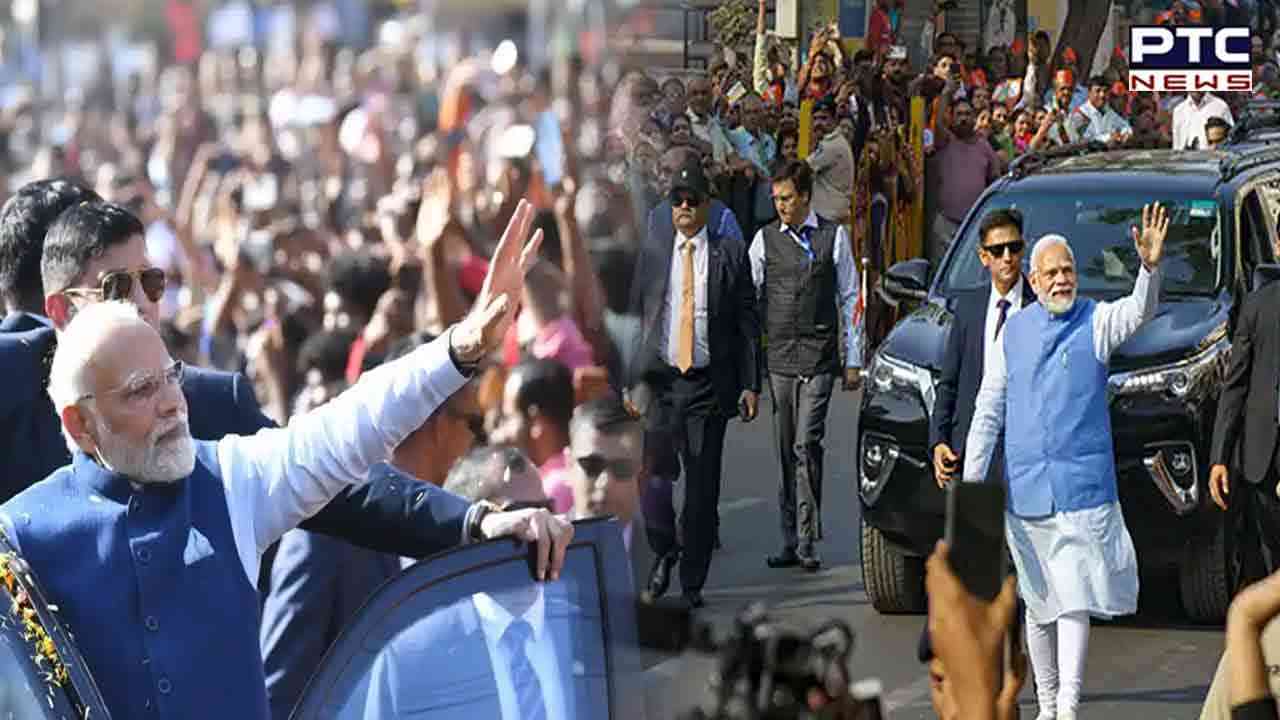 
Starting from Patel Chowk, the roadshow headed towards Parliament Street in the national capital. The mega roadshow was held in the backdrop of the two-day national executive meeting of the Bharatiya Janata Party (BJP) being held at NDMC Convention Centre here starting today. People and BJP workers thronged both sides of the roads to greet PM Modi. People showered flower petals on Prime Minister's cavalcade. PM received a grand welcome from BJP workers at NDMC Convention Centre after the roadshow.

The roadshow was previously planned for Tuesday. However, it was held today with a change in the party's schedule.

This is the first major meeting of the party after the landslide victory in Gujarat. Earlier, in his home state of Gujarat, PM Modi organized a mega road show covering a distance of more than 50 kilometres for more than five hours.

Before the national executive, a meeting of the party's national office bearers, state unit presidents and various organisational secretaries was held at the BJP headquarters.

Vehicular traffic movement is likely to get affected in parts of Delhi and special traffic arrangements have been put in place to allow smooth flow of traffic, the Delhi Police said.

Delhi Police has advised people to avoid the above-mentioned roads, stretches and areas in view of the VIP movement.