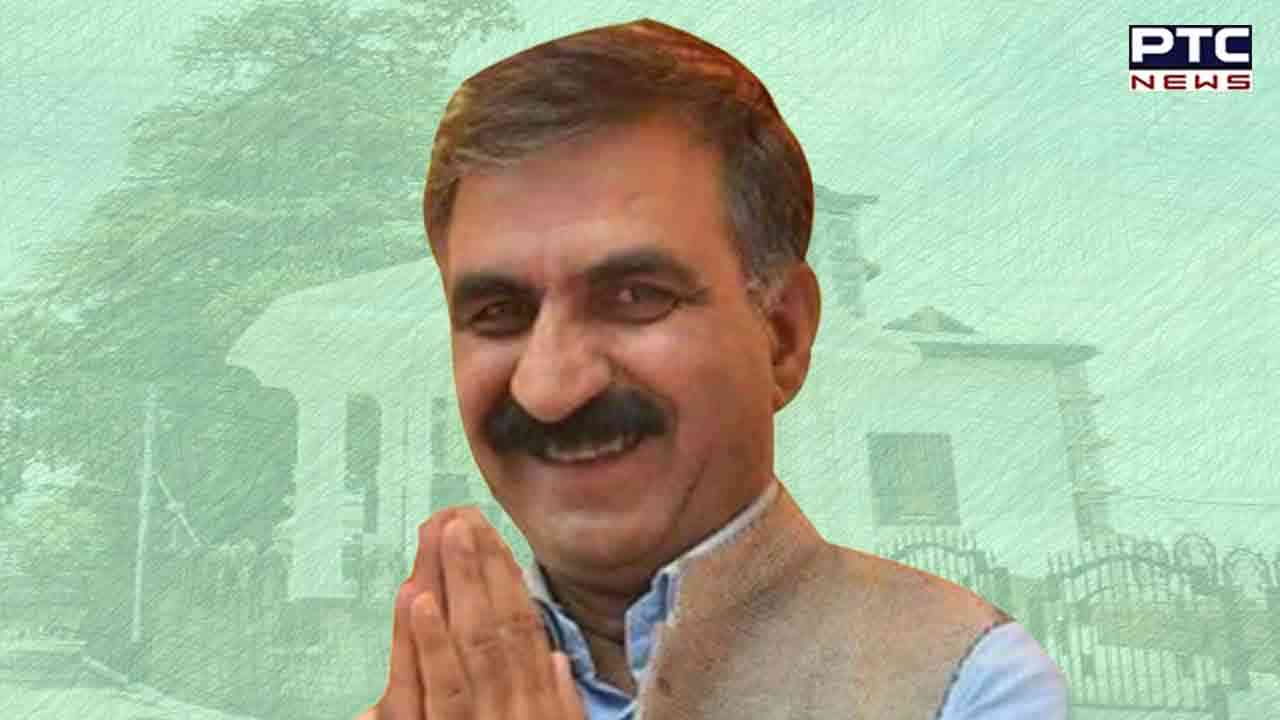 Governor RV Arlekar administered the oath of office to them at a formal function being organized at Ridge Maidan in Shimla on Sunday.

A four-time MLA, Sukhu, 58, is a former chief of Congress in the state and has been part of NSUI and Youth Congress.

He is a grassroots politician who has risen from the ranks and has wide organizational experience in the hill state.

He was the party's state unit president from 2013 to 2019 and spoke his mind even if it was not to the liking of the party's tall leader Virbhadra Singh, a six-time Chief Minister.

Sukhu has been in favour of promoting and grooming younger Congress leaders in Himachal Pradesh. Affable and approachable, Sukhu has a wide network in the hill state due to his long years in the organisation.

He is a loyalist of the Gandhi family, Sukhu belongs to a middle-class family. He was active in politics from his student days and fought elections as an NSUI candidate. He was president of NSUI and the Indian Youth Congress in the state.

He fought and won elections for Shimla Municipal Corporation. Sukhu won the assembly election for the first time in 2003 from Nadaun.

He has become the second chief minister from Hamirpur district after BJP's Prem Kumar Dhumal. Congress won the assembly polls in the state and got 40 seats.

Sukhwinder Singh Sukhu on Saturday said that he is thankful to the Congress and Gandhi family for electing him as the Chief Minister.

Sukhu, 58, lauded Sonia Gandhi and Rahul Gandhi after his election and said the party will fulfil its poll promises. He said the new government will "bring change".

Sukhu said that he is happy that despite being from an ordinary family he will be the Chief Minister of Himachal Pradesh.

"I am happy that I am going to be CM despite being from an ordinary family. I am thankful to the Congress party and the Gandhi family for giving me this opportunity. My mother never stopped me from being in politics. I have reached here today because of her blessings," said Sukhu.

The party's choice of Sukhu was however seen as a major setback to Himachal Pradesh Congress chief Pratibha Singh, who had openly raised slogans demanding that she should be made the Chief Minister.

On being asked about Himachal Pradesh Congress chief Pratibha Singh's discontentment, Sukhu had said that there was no such discontentment.