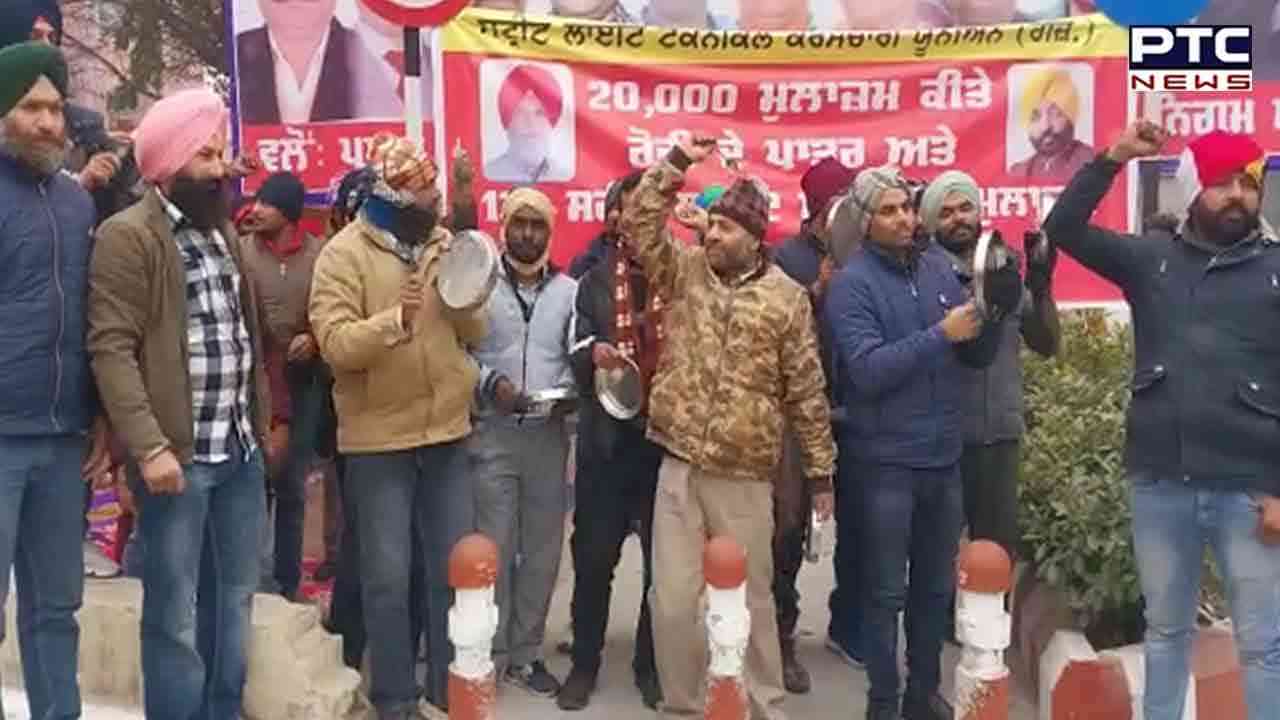 Amritsar, January 10: Around 130 dismissed street light employees’ on Wednesday protested outside the Amritsar Municipal Corporation office demanding jobs back. The employees claimed that on one hand the government is giving employment to people and taking away their employment.

“This time our 130 families celebrated Black Diwali and New Year. The mayor of Amritsar had also assured us that we will be hired but the mayor's claims were also proved to be false. But if we are not hired, in the coming time we will hold a protest by blowing effigies of the government, for which the Amritsar administration and the Punjab government will be responsible” stated the protesters