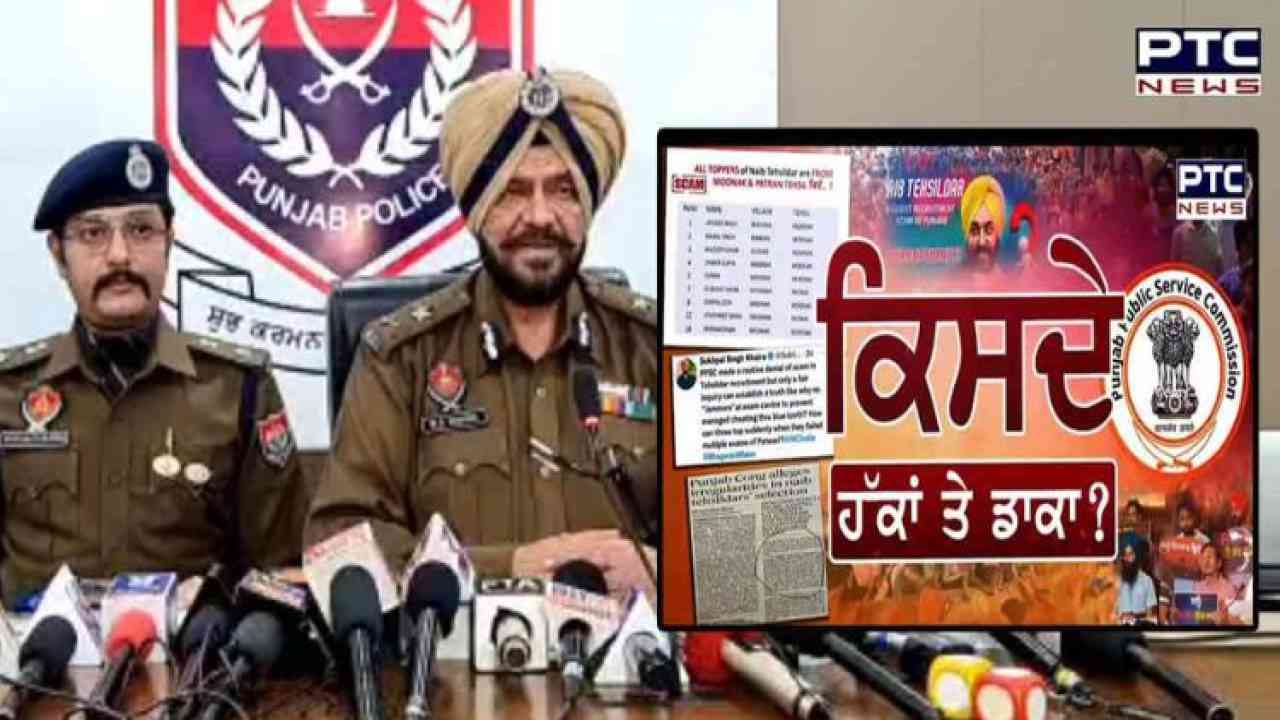 Patiala, November 15: At least five people have been arrested for allegedly helping some candidates cheat in the Punjab Naib Tehsildar recruitment test that was held in May, police informed on Tuesday.

Addressing the media in Patiala, Inspector General of Police M S Chhina revealed that three persons are from Punjab's Patiala and two from Haryana's Kurukshetra and Jind.

He stated that a deal was struck for Rs 22 lakh to assist the candidates in passing the exam. According to the police, at least seven to ten more people were involved in the incident and had yet to be apprehended. Candidates who helped these individuals were also identified, they stated.

In October, Congress leader Sukhpal Singh Khaira accused the naib tehsildar recruitment test of being rigged, claiming that some candidates who had failed clerical and other tests had topped the exam for this post.

The Punjab Public Service Commission denied the allegations at the time, claiming there was no evidence that the recruitment was tainted in any way.

The police said on Tuesday that a case had been registered at the Kotwali police station in Patiala under relevant sections of the Indian Penal Code and the IT Act. Eleven electronic devices, including seven mini Bluetooth earbuds, 12 mobile phones, a laptop, and two pen drives, were seized from the accused.

According to Chhina, the accused had some dummy candidates apply for and take the test just so they could take photos of the question paper with hidden cameras and share them with subject experts in Haryana to solve them.

He went on to say that the answers were then conveyed to the actual candidates via electronic devices equipped with sim cards and Bluetooth earbuds.