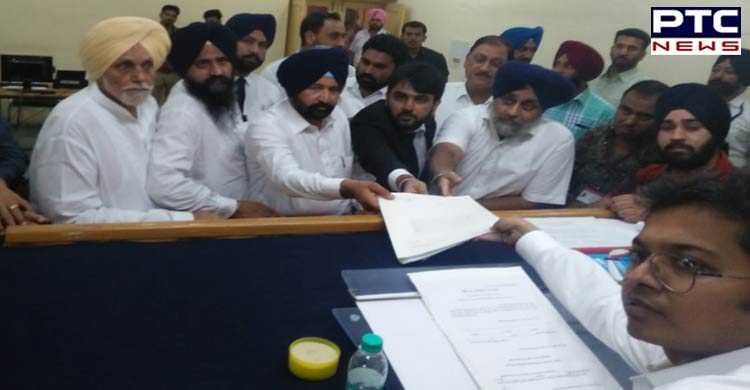 Earlier, Sukhbir Singh Badal contested from Jalalabad seat but he resigned following the Lok Sabha Elections. SAD candidate Manpreet Singh Ayali filed his nomination for Punjab Bypolls from Dakha in the presence of senior SAD leader Bikram Singh Majithia. Voting for Punjab by-elections is to be held on October 21 and the result will be out on October 24.

Announcing the dates for Haryana assembly elections, 2019, the Election Commission of India also announced the date for Punjab by-polls for four constituencies, Phagwara, Dakha, Jalalabad and Mukerian. Voting will be held on October 21 and counting will be done on October 24.