The The Sanyukt Samaj Morcha has announced that it will contest all 117 Assembly seats in the elections scheduled for February 14, 2022.

Earlier, farmer leader Balbir Singh Rajewal had said they would be contesting the elections in Punjab on all 117 seats and would soon be announcing their candidates. The party office has been opened in Phase-7, Mohali.

Further, in a major boost for the newly formed Bhartiya Arthik Party (BAP), the Sanyukt Samaj Morcha (SSM) has joined hands with it. On Tuesday, both parties organised a plantation drive in which Balbir Singh Rajewal was also present. 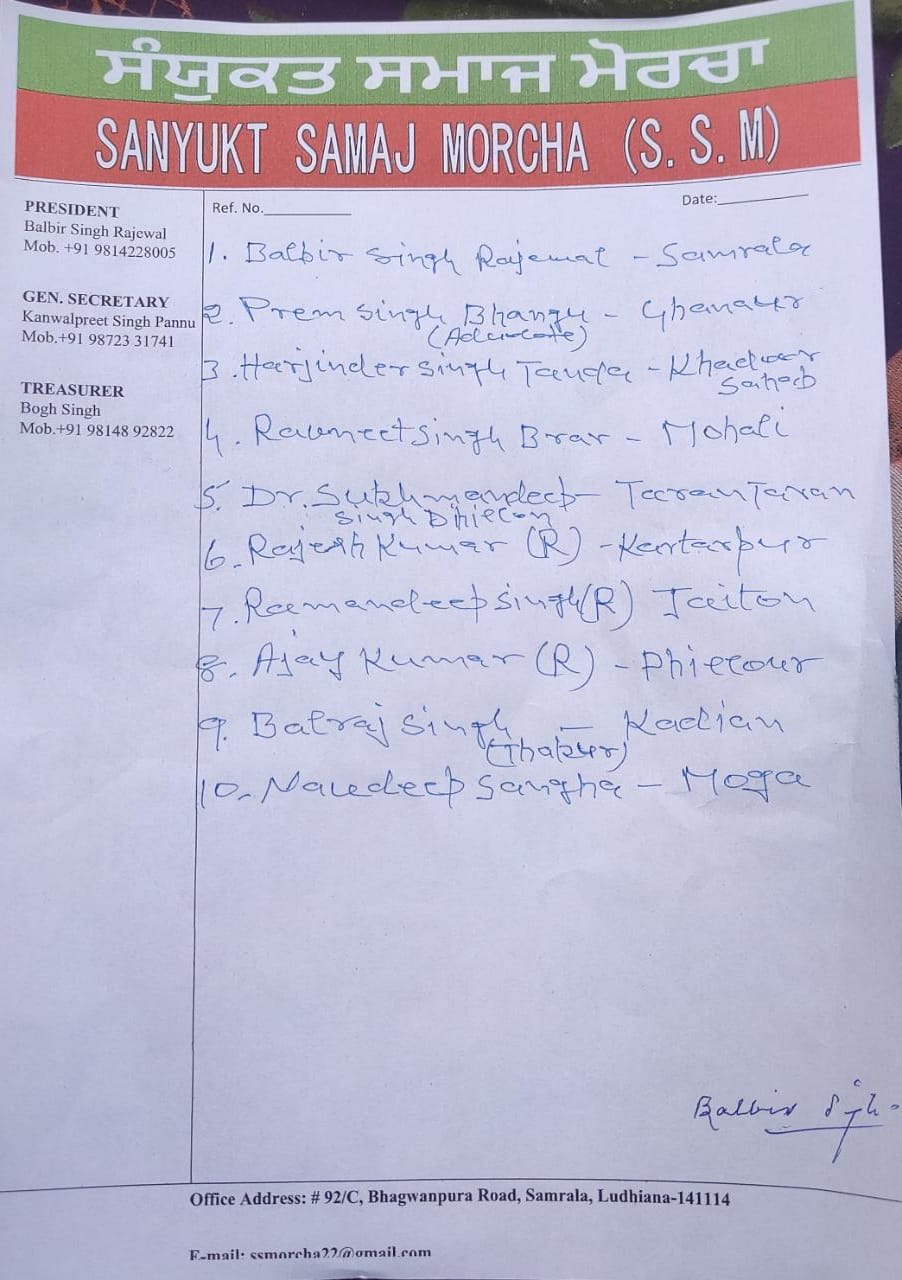