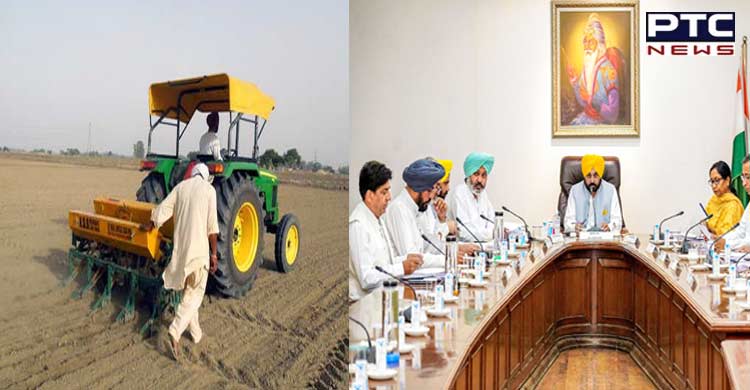 Chandigarh, May 22 : In order to conserve the scarce natural resources like underground water and the environment, the Punjab government has earmarked a total sum of Rs 450 crore to provide incentives to farmers who sow Paddy in their field through the Direct Seeding of Rice (DSR) technique.

The state government announced an incentive of Rs 1500 per acre to the farmers adopting DSR. According to the CMO, Chief Minister Bhagwant Mann directed the Agriculture department to make concerted efforts in bringing around 12 lakh hectares under this innovative technology (DSR) instead of the traditional puddled transplanting of paddy in 2022.

The government is encouraging adapting DSR as it needs far less water for irrigation, improves percolation, reduces dependence on farm labour and improves soil health, and thus enhances the yield of both paddy and wheat by 5-10 per cent.

Notably, the farmers across the state would cultivate paddy, including Basmati over an area of 30 lakh hectares (75 lakh acres) during this Kharif season.

To achieve the said objective, the state government has deputed nearly 3000 officers of various departments, including Agriculture, Horticulture, Mandi Board and Water and Soil Conservation to motivate the farmers to adopt this eco-friendly technique.

The Punjab Agriculture University, Ludhiana also provided one-day special training about the DSR technology to the officers of the State Agriculture Department.

Mann has also directed the Agriculture department to provide rat-control pesticides to the farmers free of cost, as they often damage the crop.

Meanwhile, the Director Agriculture Gurvinder Singh informed that the DSR technique helps to save nearly 15-20 percent water as compared to the conventional puddling (kaddu) method during the entire life cycle of the crops.