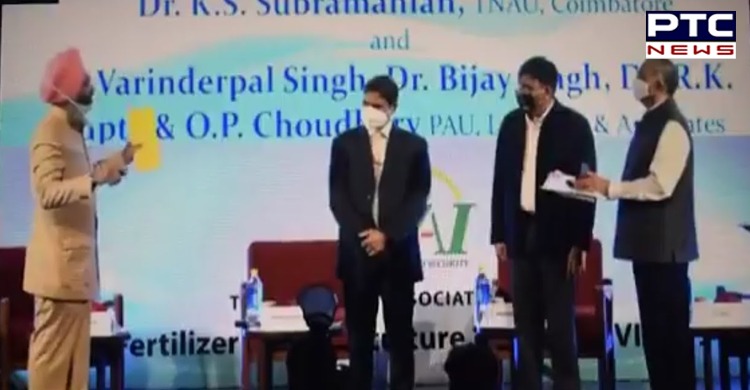 Punjab agriculturalist Dr Varinder Pal Singh has refused to accept an award from the Centre as a gesture of support to farmers protesting against the government’s agricultural laws.

He is the principal soil chemist at the Punjab Agricultural University in Ludhiana, and was recognized by the Fertilizer Association of India for his work in the field of plant nutrition.

At an event in Delhi on Monday, he was supposed to receive the award from Union Chemicals and Fertilizers Minister DV Sadananda Gowda. But he refused to accept the award saying that his conscience would not allow it at a time of crisis when “our farmers are on the roads”.

“I wish that we shall work together for the nation and the government shall listen to our dear farmers,” Singh said. “The work I did is only for the farmers and our nation, so I feel I would be guilty if at this moment I receive this award.” Though he was repeatedly urged to accept the award since the minister was standing on the stage, Singh refused.

“My conscious [conscience] does not allow me to receive this award from any government official, because of unnecessary pains given by the GOI [government of India] to the peacefully protesting Indian farmers (sic),” Singh wrote in a letter addressed to Prime Minister Narendra Modi.

In a separate letter addressed to Sadananda Gowda, Singh said that receiving the award “for the sake of professional benefit would be a betrayal” to the farmers and the country.

In his letter to the prime minister, Singh lauded the farmers for remaining “disciplined and peaceful” during their protests.

He added that the new agricultural laws were “anti-social, anti-farmer and dangerous for socio-economic structure of India” and urged the prime minister to withdraw them.