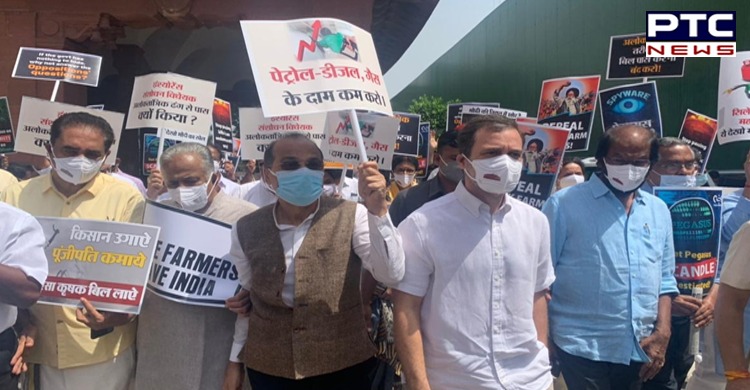 Rahul Gandhi said that "we had to come out here to speak to you (media) as we (Opposition) are not allowed to speak in the Parliament." "This is the murder of democracy," Congress leader said. 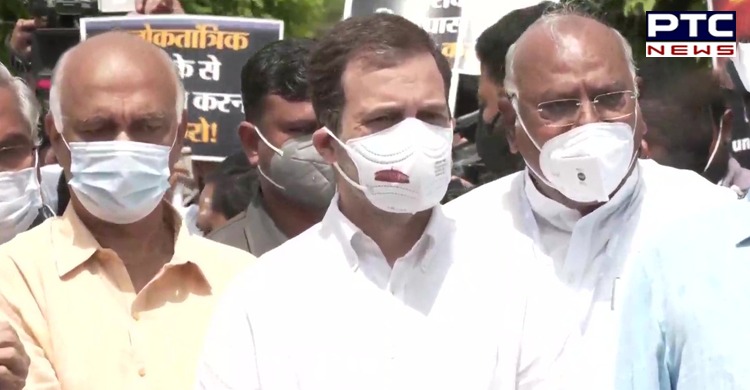 "The voice of 60 percent of the country has been crushed, humiliated, physically beaten in the Rajya Sabha on Wednesday," Rahul Gandhi said. 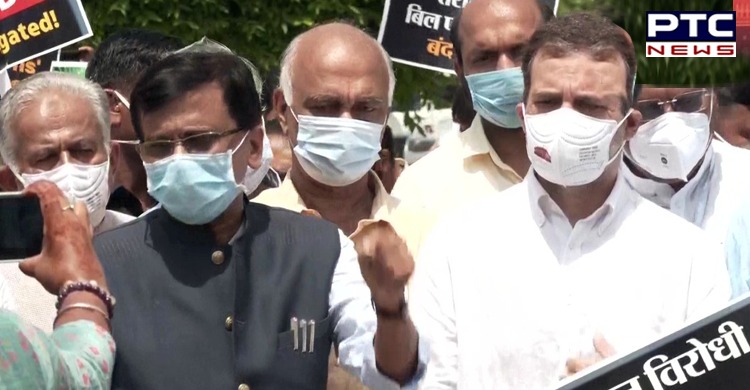 Meanwhile, Sanjay Raut, leader, Shiv Sena, said that the opposition didn't get a chance to present their views in Parliament. "Yesterday's incident against women MPs was against democracy," he said, adding that "It felt like we were standing at the Pakistan border."

During the march towards Vijay Chowk from Parliament, the Opposition MPs were seen carrying the placards saying 'Black farm laws'.

Earlier in the day, Opposition leaders also held a meeting at the office of Leader of Opposition (LoP) in Rajya Sabha Mallikarjun Kharge to discuss the alleged manhandling of women members in the Upper House. The Parliament was adjourned sine die on Wednesday, two days before the scheduled conclusion.

During the recently-concluded monsoon session of Parliament, the Opposition forced adjournments in both Lok Sabha and Rajya Sabha over their twin demands including repeal of three farm laws and probe into allegations of surveillance using Pegasus spyware.

Farmers have been protesting against the three newly enacted farm laws: Farmers' Produce Trade and Commerce (Promotion and Facilitation) Act, 2020; The Farmers' (Empowerment and Protection) Agreement on Price Assurance and Farms Services Act 2020 and the Essential Commodities (Amendment) Act, 2020.