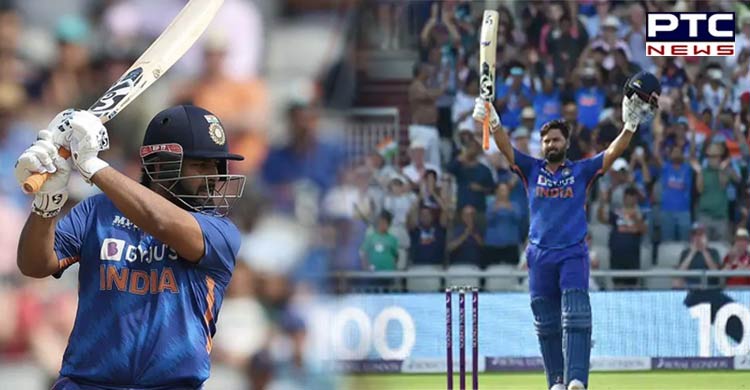 Manchester, July 18: Following his match-winning knock against England in the final ODI, India's Rishabh Pant has become the first Asian wicketkeeper-batter to register a century in both Tests and ODI on English soil.

Rishabh Pant's unbeaten 125* and his 133-run partnership with Hardik Pandya helped India chase down 260 in the final ODI of the three-match series at Manchester and win the series 2-1. England was bundled out for 259 thanks to brilliant spells from Hardik Pandya (4/24) and Yuzvendra Chahal (3/60). Jos Buttler (60), Jason Roy (41) and Moeen Ali (34) played some crucial knocks for the hosts. 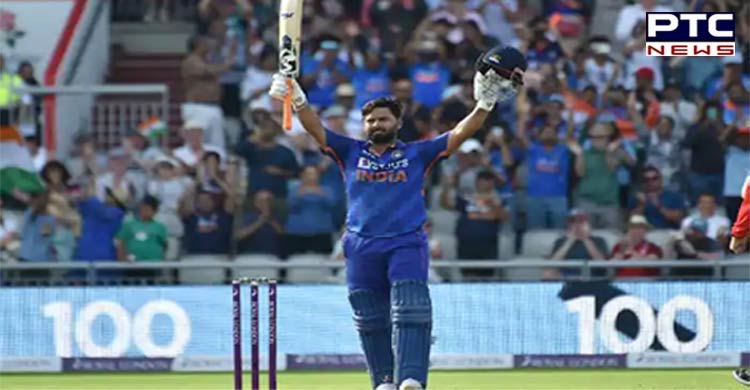 Chasing 260, Reece Topley destroyed India's top order and had them at 72/4, but then Pandya-Pant stitched a match-winning stand of 133 runs. With this, Pant has joined the league of wicketkeeper-batters such as Rahul Dravid and KL Rahul, who have scored a century outside Asia in the ODI format.

Chasing 260, Team India had a bad start with the opening pair of Rohit Sharma and Shikhar Dhawan being sent back to the pavilion cheaply. Shikhar Dhawan fell prey to Reece Topley in the 2.1 over of the innings. Topley gave another blow to India as he dismissed captain Rohit who scored 17 runs in 17 deliveries. 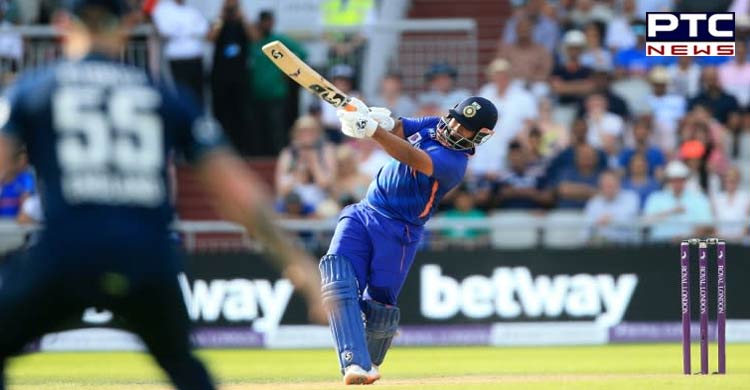 At that point, Reece Topley was on fire and he dismissed Virat Kohli on 17 runs, leaving India struggling at 38/3. In the 10 over of the innings, India's main three batters were in the hut. After the 10 overs, England had full command of the match. Suryakumar Yadav and Rishabh Pant tried to anchor the inning and keep the momentum going for the visitors, taking their team's score beyond the 50-run mark in the 12th over of the innings.

The duo played some aggressive shots but Craig Overton gave Men in Blue a big blow as he dismissed Suryakumar who had scored 16 runs in 28 deliveries.
Suryakumar's wicket brought Hardik Pandya to the crease. After 20 overs Pandya and Pant took their side's score beyond the 100-run mark under 21 overs with four wickets down.

The duo shifted their gears and started playing an attacking game. All-rounder Pandya brought up his half-century in 43 balls in the 30th over of the match.
Pant also smashed a brilliant fifty in the 71 balls. The pair brought up their 110 runs partnership stand in 106 balls.

After 34 over the equation went down to 77 runs in 96 balls to win. The duo continued their red-hot form and stunning partnership as they smashed Overton for 14 runs. In the 36th over of the innings, Pandya smashed two back-to-back fours of Brydon Carse, before he was dismissed. 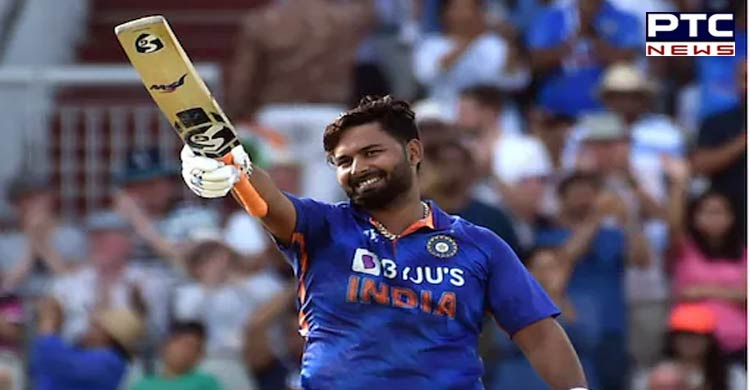 Pandya's wicket also broke his 133 runs partnership in 115 balls with Pant. Star all-rounder of the team Ravindra Jadeja then came to bat.
Jadeja formed a great partnership with Pant to ease some pressure off the team. Pant brought up his century in 106 balls.

Pant hammered David Willey for 21 runs in the 42nd over with just 3 runs remaining to win the game in 48 balls. Pant smashed four on the very first delivery of Joe Root's over to guide his team to a 5 wicket win and ODI series victory against England.

Earlier, put to bat first by India, England was off to a horrific start. Pacer Mohammed Siraj sent both Jonny Bairstow and Joe Root back to the pavilion fin the second over within a span of four balls. England was two down at 12 runs. Shreyas Iyer caught Bairstow at mid-off while skipper Rohit Sharma caught Root at slips.