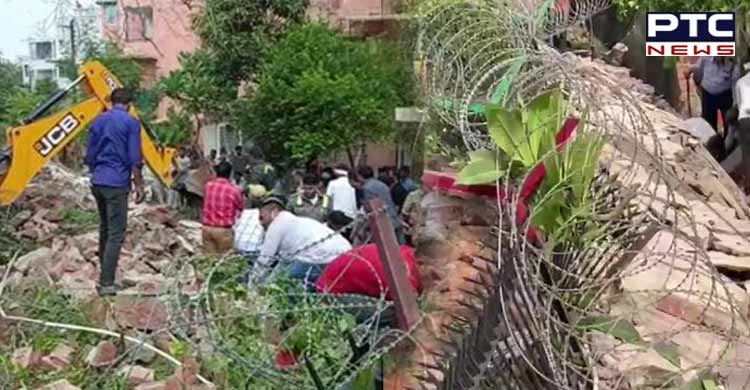 Noida, September 20: At least four people have been confirmed dead ad one injured as a boundary wall in Noida’s Sector 21 collapsed Tuesday morning.

The incident happened near the Jalvayu Vihar society.

According to Noida District Magistrate, Suhas LY, the incident took place after the boundary wall of the Jal Vayu Vihar Society collapsed during the cleaning work of a drain adjacent to it. The drain cleaning was conducted by the Noida Authority.

Police and fire personnel were deployed at the spot.

While nine workers have been rescued, the personnel of NDRF and Fire Brigade teams are conducting searches.

"As a precautionary means, the areas near the Jal Vayu Vihar are currently being searched and rescue and fire teams have deployed here," Suhas LY, District Magistrate, Noida said. 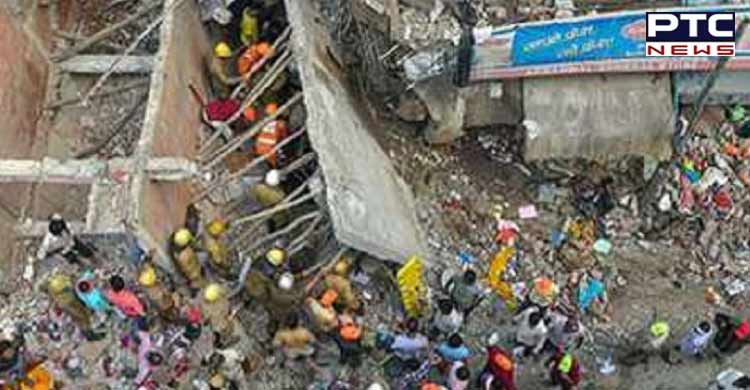 Twelve people were pulled out from the rubble of which four were declared dead.

The Noida District Magistrate said a detailed investigation will be conducted to ascertain the cause of the wall collapse.