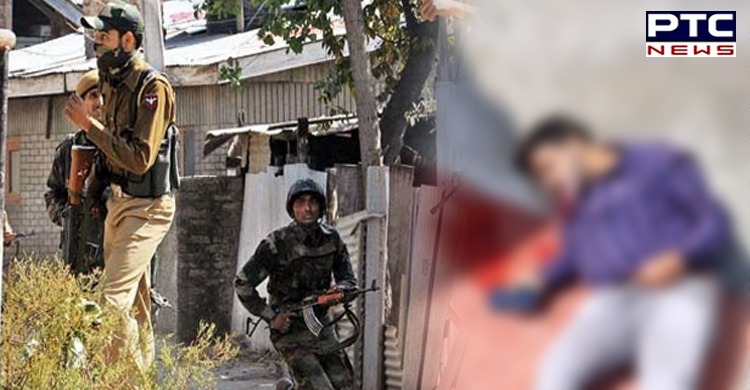 Srinagar School terrorist attack: In a shocking incident, a school principal and a teacher were shot dead by terrorists in the Eidgah area of Srinagar in Jammu and Kashmir.

According to information, the two deceased have been identified as Satinder Kaur (Principal) and Deepak Chand (Teacher). Reportedly, the terrorists opened fire at Sangam school. The Resistance Front has claimed to have carried out the attack in the valley.

The terrorist attack in Sangam school comes a day after a street hawker was shot dead by terrorists in Jammu and Kashmir's Srinagar. 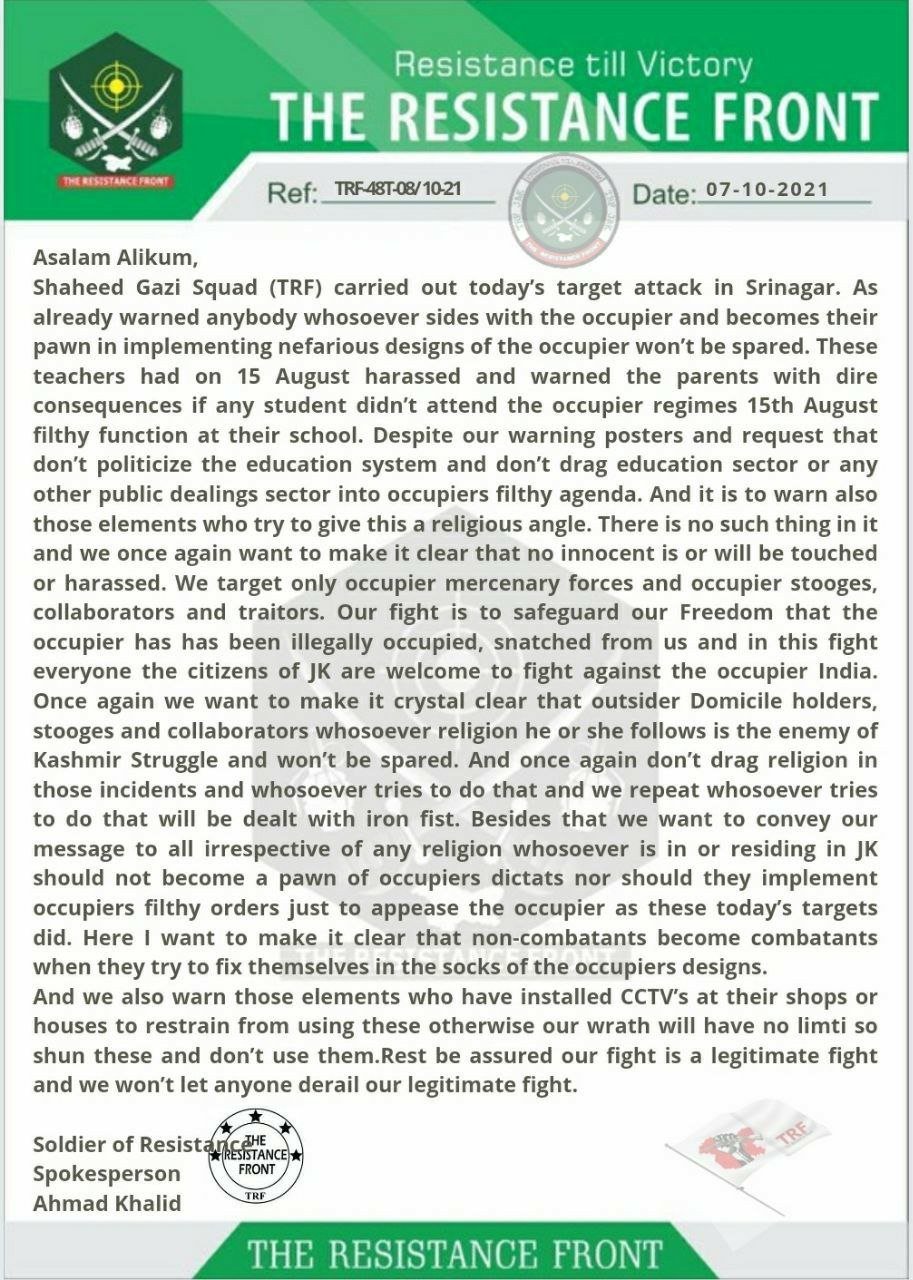 Letter issued by The Resistance Front who claimed the attack

The incident took place near Madina Chowk, Lalbazar in Srinagar where terrorists fired upon the victim Virender Paswan.

Paswan is a resident of Bihar's Bhagalpur district and worked as a street vendor. He was residing at Alamgari Bazar, Zadibal.Police said a search operation was underway by police to nab the terrorists. Also, a businessman has been killed by terrorists in Srinagar on Tuesday evening.

The incident took place near Iqbal Park in Srinagar where terrorists fired upon the owner of Bindroo Medicate namely, Makhan Lal Bindroo. Following this, Bindroo was shifted to hospital where he succumbed to his injuries.