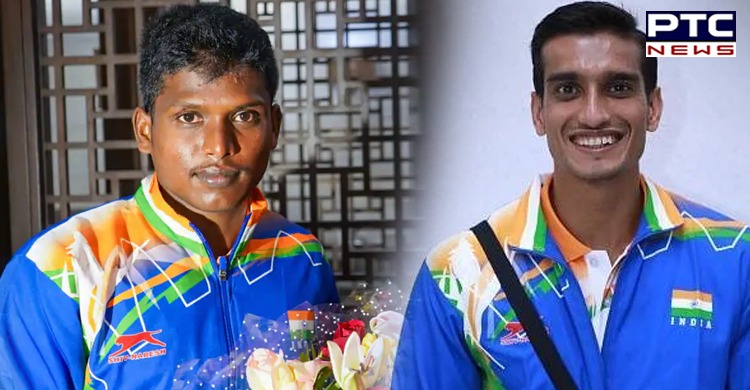 Tokyo Paralympics: India's Mariyappan Thangavelu and Sharad Kumar won silver and bronze, respectively, in the men's high jump final here at National Stadium in Tokyo on Tuesday. They were both Sport Class T42.

Mariyappan Thangavelu clinched silver after leaping the mark of 1.86m. This is his second medal at the Games, having already won a gold in Rio 2016. 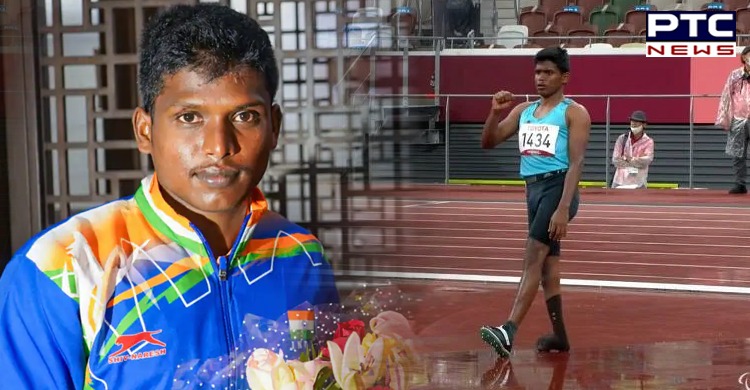 Amid the heavy downpour in Tokyo, the Indian trio passed on the first five jumps as Varun Singh Bhati started the proceedings on the 6th by successfully jumping the 1.69m mark. Soon, Sharad Kumar and Mariyappan Thangavelu got in the mix from the next jump by scaling the 1.73m.

Varun Bhati escaped an early heartbreak as after two failed attempts, he eventually went clear in his third at 1.73m. When the bar was raised again at 1.77m, Bhati cleared it with ease in the first attempt before eventually failing at 1.80m.

Meanwhile, Sharad and Mariyappan had no difficulties whatsoever as the Indian duo easily jumped through their way to 1.83m, without any failed attempt. With the medal confirmed, the Indian pair saw their first red flag of the day on the 1.86m mark.

Mariyappan and USA's Sam Grewe soon completed the 1.86m mark on their third attempt as Sharad had to be satisfied with a bronze after seeing three red flags. Sam Grewe then buried the ghosts of the Rio 2016 at the 1.88 mark as he successfully leapt the bar on the third attempt to climb the top step of the podium. Meanwhile, Mariyappan wasn't able to clear the obstacle and had to settle with silver.