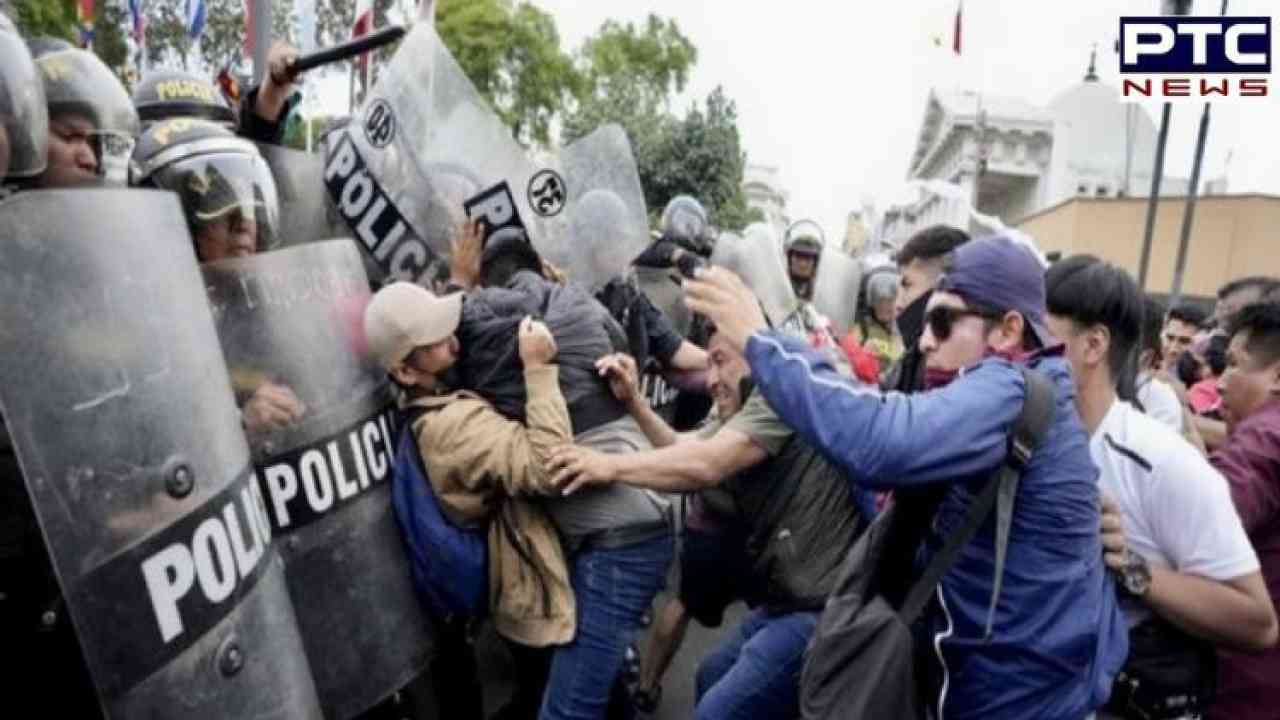 Lima (Peru), December 11: Clashes between protesters and police in the southern Peruvian city of Andahuaylas resulted in injuries to at least 20 people including four police officers, CNN reported.

A number of people, according to the Ombudsman's office, have been detained. However, the exact number of detainees was not mentioned.

The Ombudsman's office repeated its "call to the population not to resort to violent means during their protests" and asked the National Police that "any action to restore public order must be carried out within the framework of the law of the use of force", according to CNN.

The National Police said that the two police officers taken captive by the protestors, have now been released and are currently being evaluated by medical personnel.

According to information provided by Peru's Interior Ministry, the reason for Saturday's protest is not yet clear, but Andahuaylas is one of several towns in the country where residents took to the streets this Friday in support of former President Pedro Castillo who was ousted earlier this week.

It is alleged that Castillo attempted to dissolve Peru's Congress and call for new elections. Based on the allegations, Castillo was removed from power on Wednesday.

Peruvian lawmakers described Castillo's move as a coup. He was impeached by lawmakers and arrested for the alleged crime of rebellion, all in one day, as per CNN report.

After his impeachment, Peru's Vice President Dina Boluarte was sworn in as the President. Boluarte ruled out early elections on her first day in office.

Castillo is currently under a seven-day preliminary arrest ordered by the Supreme Court on Thursday.

Castillo has faced a cascade of investigations on whether he used his position to benefit himself, his family, and his closest allies by peddling influence to gain favour or preferential treatment, among other claims, according to CNN.

The former leader has denied all allegations against him, saying they are a result of a witch-hunt against him and his family from groups that failed to accept his election victory. He has continuously shown a willingness to cooperate with any investigation.