Also, the tweet reads the melodious song’s title, “Yeh Dosti hum nahi todenge (We will not break this friendship)”, a famous song from the Bollywood movie Sholay 1975. Both Benjamin Netanyahu and PM Modi shares a valuable relationship as world leaders, more than the deals in between them, they both support each other. 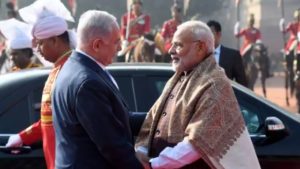 The Israeli Prime Minister Benjamin Netanyahu was among the first world leaders to congratulate Narendra Modi for being re-elected as the Prime Minister of India following the massive victory by Bhartiya Janta Party (BJP) in 2019 Lok Sabha Elections. BJP in Lok Sabha Election won over 300 seats to claim the massive majority in the lower house, and outline the opposition with ease.