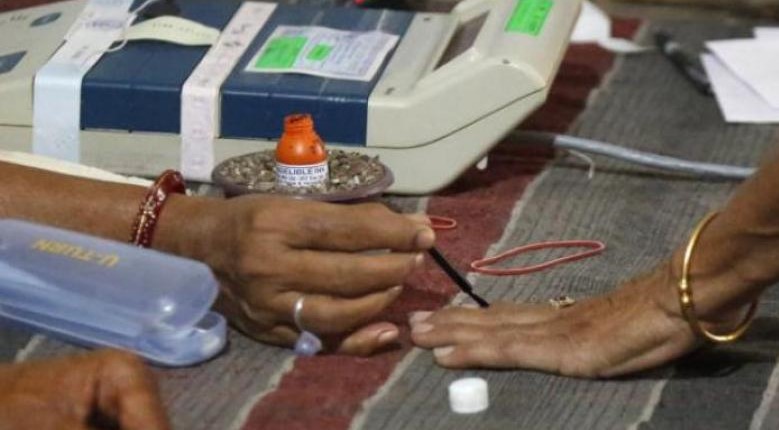 Amid reports of EVM glitches, Delhi recorded 34.48 per cent polling till 1 pm on Sunday, officials said.

Voting began at 7 am and is scheduled to go on till 6 pm.

Krishnamurty, who was the election commissioner between 1993 and 1999, voted with his wife G Padma Murty and son G Venkatesh Rao, a senior advocate of the Supreme Court.

"India is the largest and most successful practising democracy in the world. Elections are festivals of democracy. In India, there is 0 per cent possibility of tampering with electronic voting machines," said Krishnamurty after casting his vote.

New Delhi, home to many VVIP voters, recorded 28.73 per cent voting till 11 am while Northeast Delhi and Northwest Delhi recorded over 36 per cent polling.

Polling started late on a few booths while there were reports of EVM malfunctioning in different parts of the city.

A number of people complained they could not vote as their names were not on the voters' list.

Over 1.43 crore people in Delhi are eligible to vote in this election, which will decide the fate of 164 candidates, of which 18 are women. There are 43 independent candidates.

Sita, 23, a B.Ed. student, a resident of Nizamuddin East area, said, "I voted, with the issue of improvement in education on my mind. Education can bring about all-round change in the lives of people."

Prerna Kapoor, 20, a first-time voter, and a resident of Kalkaji, said, "I feel responsible, and empowered after having become a part of the electoral process. Everybody should vote. I voted keeping in mind the bigger picture for the country. Problem of terrorism, India's economy and health are major issues for me.