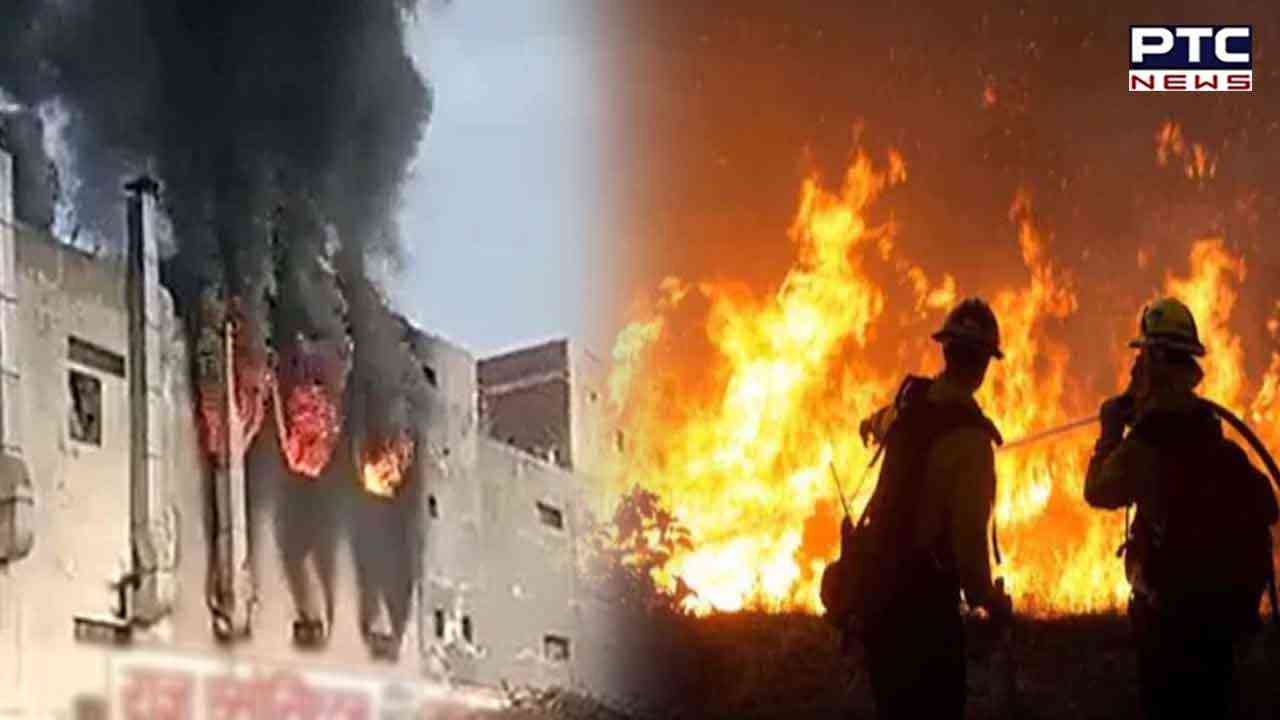 New Delhi, January 23: A fire broke out in a plastic granule factory in N block of the Bawana area on Monday. As many as 15 fire tenders have rushed to the spot. Further details awaited.

Earlier on January 21, a major fire broke out at a hotel in the national capital's Connaught Place area in the morning. No casualties were reported so far in the incident.

According to initial reports, six fire engines were seen at the site of the incident at the Suncity Hotel.

"The restaurant is closed from two sides. We opened them and started the firefighting operation. The smoke was dense so firefighters asked for breathing apparatus sets. During the operation, 13 fire tenders were used."

Atwal further confirmed that there are no reports of casualties or injuries.