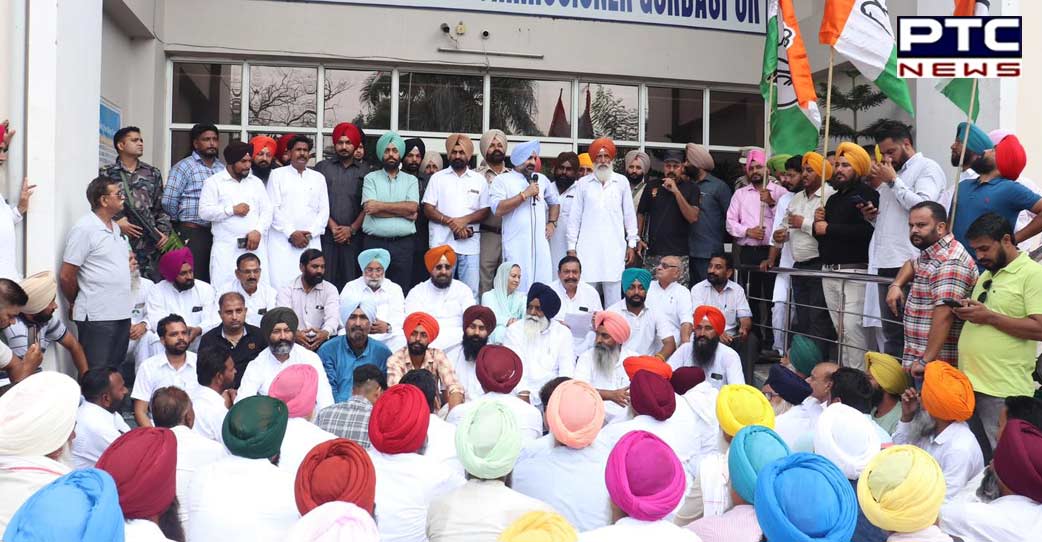 Chandigarh, October 10: Seeking the dismissal of Punjab minister Fauja Singh Sarari, the Congress party on Monday staged a protest across Punjab. Sarari's dismissal is being over an audio clip in which he was purportedly heard discussing ways to "extort "money from contractors.

The alleged audio clip of Fauja Singh Sarari and his former close aide surfaced last month. The duo was heard discussing "ways to trap some contractors involved in foodgrain transportation through some officials to extort money".

Leader of Opposition in the Punjab Assembly Partap Singh Bajwa accused the AAP-led Punjab Government for not dismissing Fauja Singh Sarari when it claims of being committed towards its zero tolerance to corruption.

"It is high time that Chief Minister Bhagwant Mann should stop protecting his minister," said Bajwa, while taking a dig at the AAP-led Punjab Government. Partap Singh Bajwa, along with senior party leaders and former ministers Sukhjinder Singh Randhawa and Aruna Chaudhari, also staged a dharna outside the office of the Gurdaspur DC and submitted a memorandum to him.

Partap Singh Bajwa claimed that Congress had raised the issue in Assembly session held recently, but Teasury Benches, led by Bhagwant, did not act against the minister.

He said former Health Minister Vijay Singla was also sacked and later arrested on the basis of an audio clip. However, that audio clip was never made public by the Punjab Government, he alleged.

In Patiala, the protest was spearheaded by Punjab Congress chief Raja Warring. He also sought immediate arrest of Sarai.