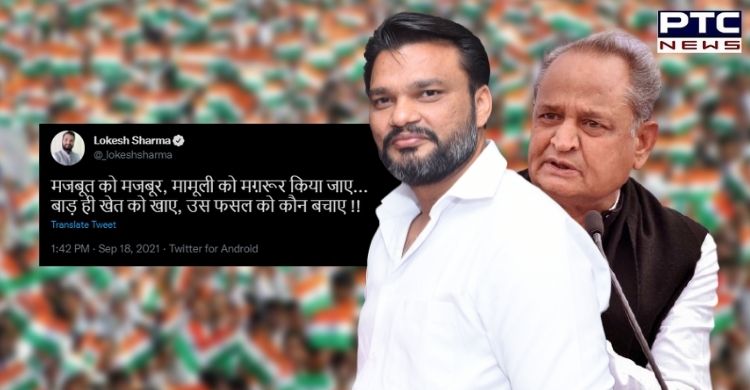 Lokesh Sharma, Officer on Special Duty (OSD) to Rajasthan Chief Minister Ashok Gehlot has tendered his resignation from the post.

In his resignation letter to Ashok Gehlot, Lokesh Sharma said that he offered his resignation in the wake of a controversy that had erupted over his tweet ahead of the political developments in Punjab.

In a tweet, he stated, "The strong is being forced, and the insignificant is being strengthened. When the fence is eating the crops, none can save such a field."

His tweet has been interpreted as a criticism of Congress' central leadership.

In his letter, Sharma claimed that his tweet has been misinterpreted and has been linked to the political developments in Punjab. 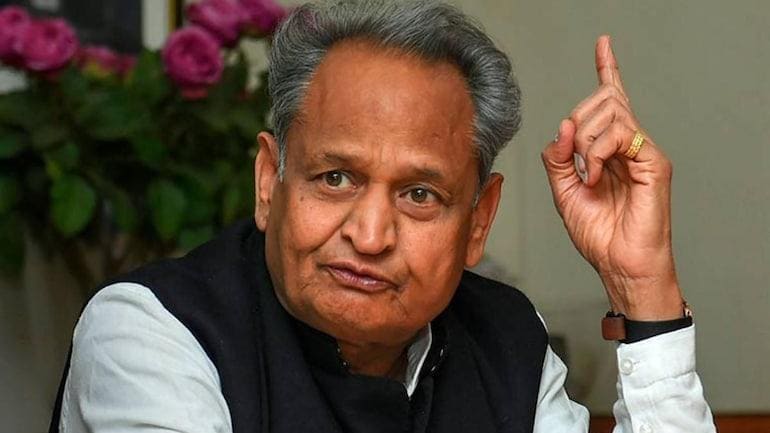 "I feel really sorry if the sentiments of the party and the high command are hurt. If you think I made a mistake intentionally, then I am sending you my resignation. The decision will be yours," his letter read.

The development comes after, Punjab Chief Minister Captain Amarinder Singh stepped down from his post on Saturday ahead of the meeting of party legislators in the faction-ridden state unit as the party high command decided to effect a change of guard in the border state ahead of assembly polls early next year.