David Taylor will now contest for either silver or gold 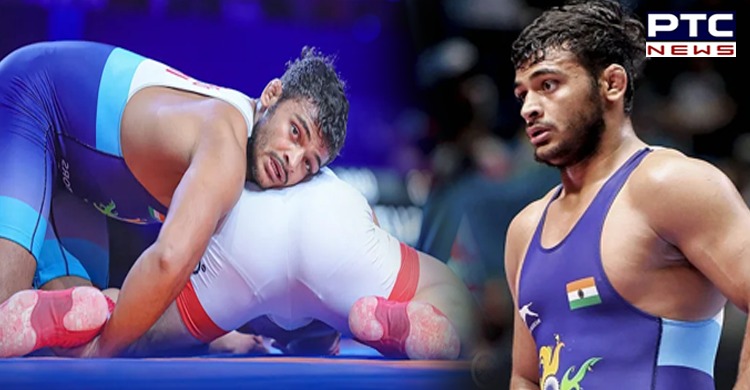 Tokyo Olympics 2020: Indian wrestler Deepak Punia suffered a 10-0 loss in the semifinals of the men's freestyle 86kg category against the USA's David Taylor in the Tokyo Olympics at the Makuhari Messe Hall A on Wednesday.

David Taylor defeated Deepak Punia and will now contest for either silver or gold on Thursday. Punia was nowhere in the contest as Taylor made light work of the match, and easily wrapped up the game. Earlier on Wednesday, Ravi Kumar Dahiya stormed into the finals of the men's freestyle 57kg category at the Tokyo Olympics after defeating Kazakhstan's Nurislam Sanayev in the semifinals at Makuhari Messe Hall A, Mat B. Dahiya will now contest the finals on Thursday and he is the first to enter the final since Sushil Kumar in 2012.

In the first period, Dahiya managed to take a 2-1 lead while in the second period, the pressure was entirely on Sanayev.

He made an impressive comeback, but Dahiya held on and took the game.