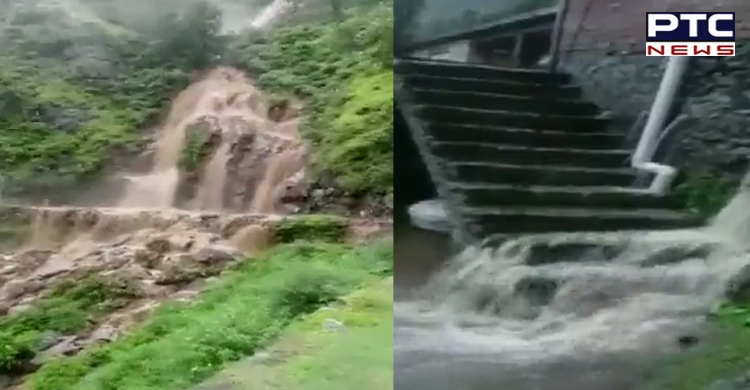 Chamba: A cloudburst hit Khandwa in Chamba of Himachal Pradesh on Monday.
As per reports, several roads and bridges have been closed after the cloudburst. Crops have also suffered a huge loss.

As per sources, one person has died while several houses have damaged in Khandwa area of Chamba in Himachal Pradesh.

The deceased has been identified as a 15-year-old boy. Five to six houses were vacated and residents have been shifted to a safer place. Gulel village was also affected due to the cloudburst

Chamba-Tessa road was blocked. The State Emergency Operation Centre is monitoring the rescue work. Teams of the National Disaster Response Force (NDRF) have also reached the spot.  Notably, Himachal is witnessing heavy rainfall for the last few weeks and many landslides have been reported in the state.