Amritsar: Security up at over 700 religious places over frequent sacrilege incidents 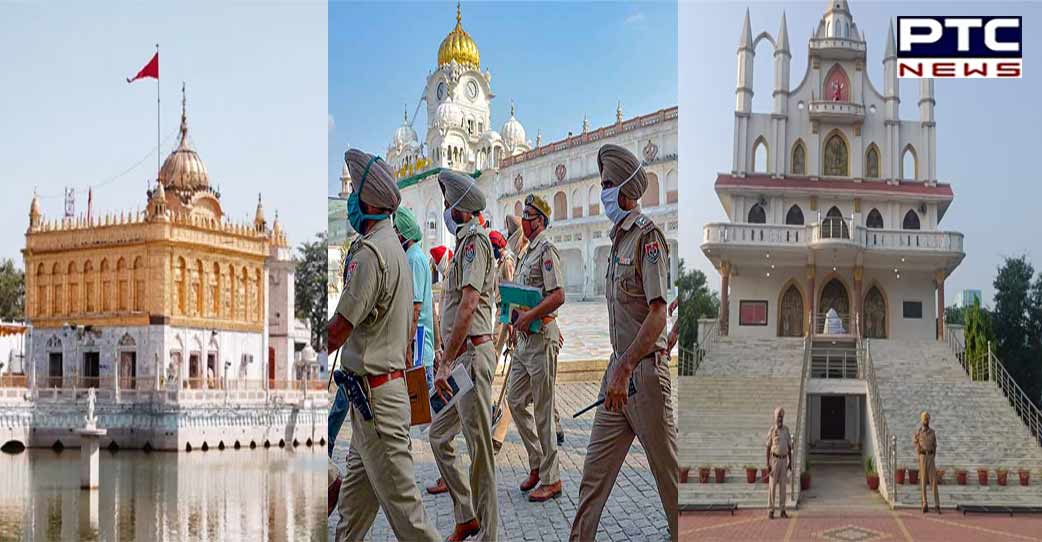 Punjab Police has been ordered to enhance security at religious places to keep a check on increasing incidents of blasphemy in the state.  Vigilantes prepared a list of 391 Gurudwaras, 350 temples, 69 churches and 31 mosques within the limits of Amritsar Commission that require additional security cover.

In addition to that, ADGP Punjab held meeting with the managers of Temple, Gurudwaras, Mosques and Churches to discuss the security issues. An appeal was made to install boundary walls, CCTV cameras at every religious place and deploy security personnel especially during night. Discussions are being held for increased patrolling and tightened security arrangements.

On August 31, an unfortunate incident took place in the early hours of the day at Catholic Church, Patti, Tarn Taran District. A small group of men, with covered faces, entered the Church premises, tied up watchman at gun point, and then proceeded to vandalise the Pieta', the statue of the crucified Jesus in the arms of his mother Mary. They then set afire the parish's car before departing. The whole incident was captured on CCTV.