Atal Bihari Vajpayee was The Tallest Indian Of His Era: Prakash Singh Badal 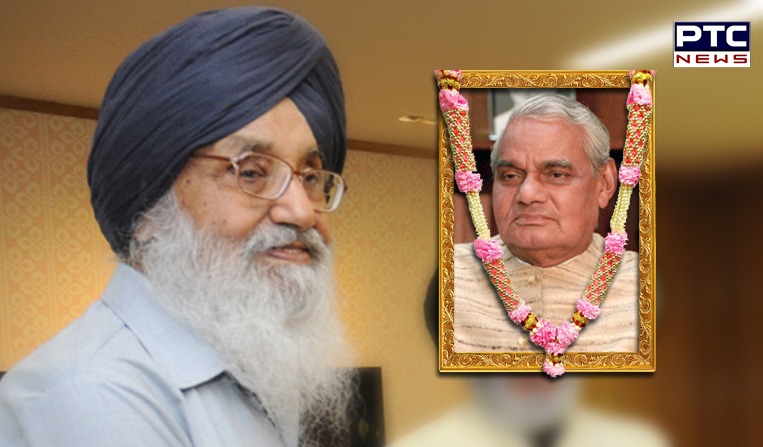 Atal Bihari Vajpayee was The Tallest Indian Of His Era: Prakash Singh Badal

Singh Badal today described the former Prime Minister Mr Atal  Behari Vajpayee as “the tallest Indian he has worked with and one of the greatest statesmen on the world stage. India will forever remember Mr Vajpayee ji as a symbol of peace, communal harmony and of India’s rich diversity. He represented the spirit of India like very few others have done. India today has lost a sage-statesman and perhaps her most glorious yet humblest son. It will take a long, long while to fill the void created by this loss will be a long time. ”

“Here was a hero who even his opponents found hard not to like and admire. As an ambassador of his country, Mr Vajpayee quickly won over even the staunchest of our enemies. Few will ever display the courage to pursue peace like Mr Vajpayee did. His bus journey to Lahore symbolized that courage as did his approach to the Kashmir issue.”

Recalling his long association with the former Prime Minister, Mr Badal said that he was deeply impressed by the sobriety, patience and compassion which Mr Vajpayee brought to bear on his approach to solving the vexed problems facing the country. He had the capacity to overcome the seemingly impossible problems and resolve the insurmountable conflicts with his disarming simplicity, sympathy and humanitarian embrace. He taught us how relevant even in politics are the sacred human sentiments such as love, understanding, forbearance and tireless patience.    He has left a deep and indelible print on the psyche of our nation and its people

Paying glowing tributes to the Late Prime Minister, Mr Badal said that with the passing away of Mr Vajpayee, “an era comes to a close, an era in India’s national politics as well as in our social and national identity in which unlimited colours combined to make an impressive confluence.”

Mr Badal prayed for peace to the departed soul.