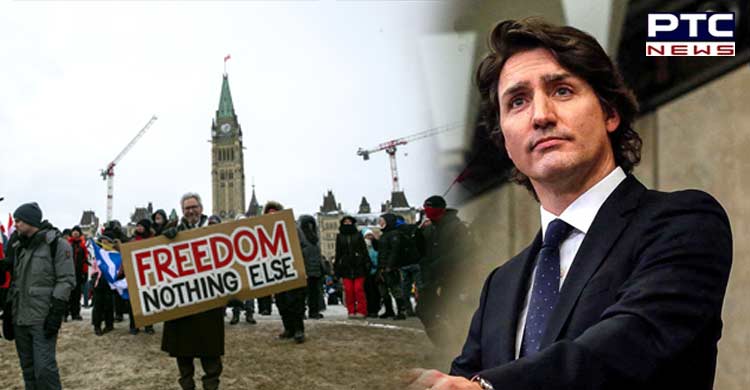 Canada: Canadian Prime Minister Justin Trudeau on Monday invoked the Emergencies Act for the first time in 50 years to give the federal government extra powers to handle ongoing truckers blockades and protests against the Covid-19 pandemic restrictions.

At a news conference on Parliament Hill, Justin Trudeau said, "It is now clear that there are serious challenges to law enforcement's ability to effectively enforce the law." Trudeau said the measures will be geographically targeted and "reasonable and proportionate to the threats they are meant to address." 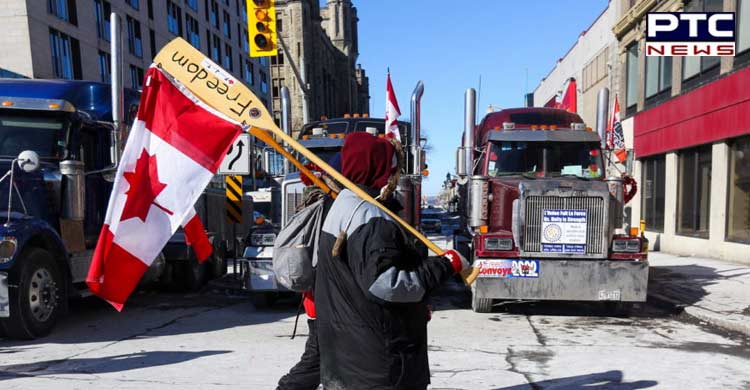 The unprecedented deployment of the Emergencies Act gives police more tools to restore order in places where public assemblies constitute illegal and dangerous activities, such as blockades and occupations, he said, reported CBC News.

The government is also designating and securing critical areas such as border crossings and airports. Invoking the act will also allow the government to make sure that essential services -- such as towing services to remove trucks -- are rendered, said Trudeau.

The act also permits the federal government to direct financial institutions to render essential services to address the situation, and to prohibit the use of the property to fund or support illegal blockades, reported CBC News. 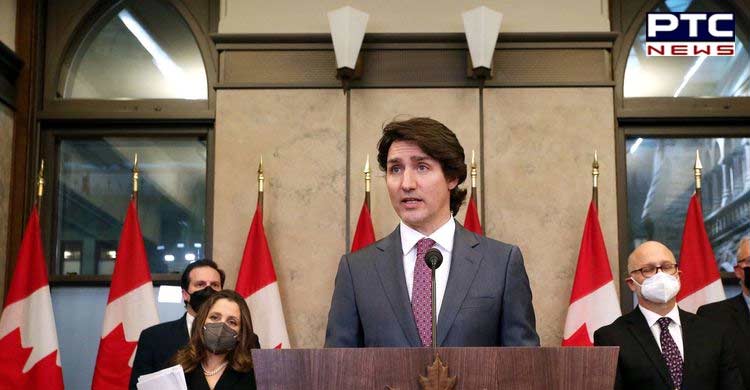 Justin Trudeau said the act also will enable the RCMP to enforce municipal bylaws and provincial offenses where required. "This is about keeping Canadians safe, protecting people's jobs, and restoring confidence in our institutions," said Trudeau.

The Emergencies Act, which replaced the War Measures Act in the 1980s, defines a national emergency as a temporary "urgent and critical situation" that "seriously endangers the lives, health or safety of Canadians and is of such proportions or nature as to exceed the capacity or authority of a province to deal with it."

It grants the cabinet the ability to "take special temporary measures that may not be appropriate in normal times" to cope with an "urgent and critical situation" and the resulting fallout. It is still subject to the protection of the Charter of Rights and Freedoms.

Ottawa police have said they are outnumbered by crowds protesting vaccine mandates in the capital. Despite a provincial state of emergency, protesters ignored the threat of arrest and jail time and flocked to the city's centre over the weekend, reported CBC News. 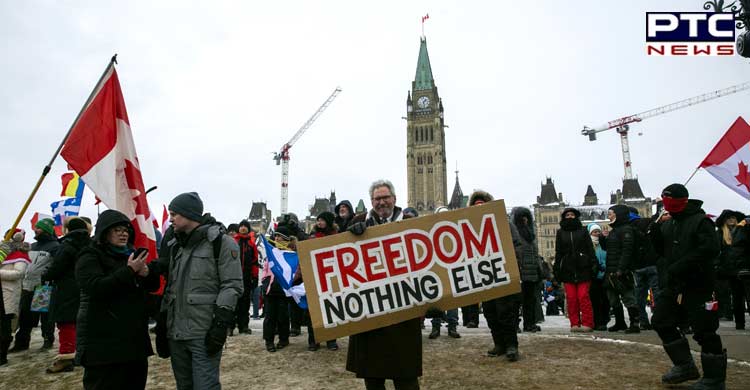 Demonstrators have erected tents, a stage, a large video screen, and even a hot tub on various streets -- including Wellington Street, which runs in front of the Parliament Buildings and the Prime Minister's Office.

Ottawa police said "safety concerns" -- including "aggressive, illegal behaviour" by demonstrators -- are to blame for the "limited police enforcement capabilities."

A blockade of the Ambassador Bridge in Windsor, Ontario, a key supply link between Canada and the US, was dispersed by police earlier Sunday, with 12 arrests.