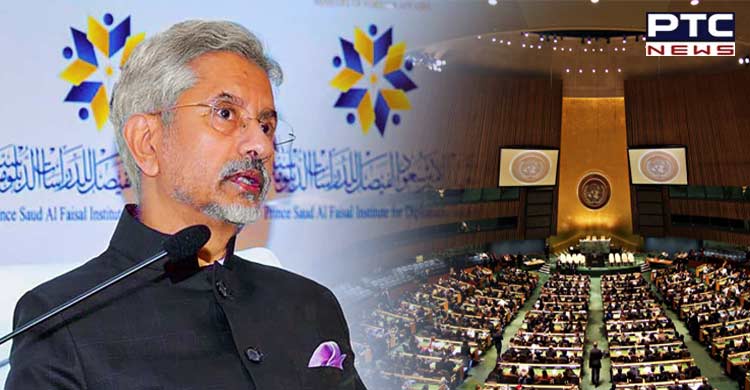 New York, September 21: External Affairs Minister S Jaishankar, who is on a 10-day visit to the United States, interacted with three presidents and four foreign ministers, on the second day of the 77th session of the UNGA, on Tuesday (local time) at the UN headquarters in New York.

Jaishankar is in the US for the United Nations General Assembly (UNGA) meeting. He met French President Emmanuel Macron, Ghana President Nana Akufo-Addo and Comoros President Azali Assoumani in the US. Apart from that, the External Affairs Minister also met four of his counterparts including Denis Moncada from Nicaragua, Alexander Schallenberg from Austria, Najla al-Mangoush from Libya and Mevlut Cavusoglu from Turkiye.

To discuss the ongoing cooperation between India and Ghana, Jaishankar called on the President of Ghana at UN headquarters in New York.

"Pleased to call on President of Ghana, @NAkufoAddo. Discussed our ongoing cooperation in the UN Security Council, especially on counterterrorism. Appreciated the achievements of our development partnership," Jaishankar tweeted.

He discussed the conflict in Ukraine and its implications for the Global South with French President. 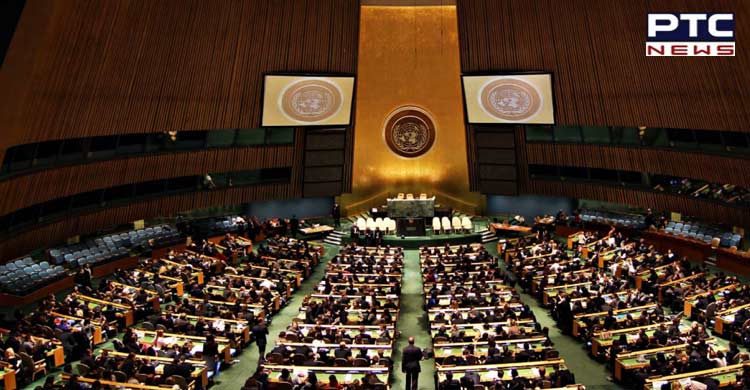 "Thank President @EmmanuelMacron of France for hosting a high level cross-regional grouping today in New York. Discussions focused on the conflict in Ukraine and its implications for the Global South. Conversations also covered the salience of G-20 in these challenging times," Jaishankar said.
In continuation to a series of meetings with different leaders from across the world, Jaishankar discussed a bilateral relationship with Comoros President.

"Delighted to call on President of Comoros, Azali Assoumani. Welcomed his appreciation for India's outreach in combating Covid-19 and dengue. Discussed taking forward our development partnership and working together on maritime security," Jaishankar tweeted.

As part of his diplomatic meetings in the US, External Affairs Minister S Jaishankar participated in a trilateral Ministerial meeting of India-UAE-France with his counterparts and exchanged ideas between the strategic partners.

With Libyan Foreign Minister Najla al-Mangoush, he appreciated her perspectives on the evolving situation in Libya.

"Glad to meet FM of Libya, @NajlaElmangoush. Appreciated her perspectives on the evolving situation in Libya," Jaishankar tweeted.

He held discussions over several issues including food security, G20 processes, global order.
EAM Jaishankar arrived in New York on Sunday for the high-level meeting of UNGA.
Over the course of the week, Jaishankar is scheduled to have more than 50 official engagements including bilateral, plurilateral and multilateral meetings.