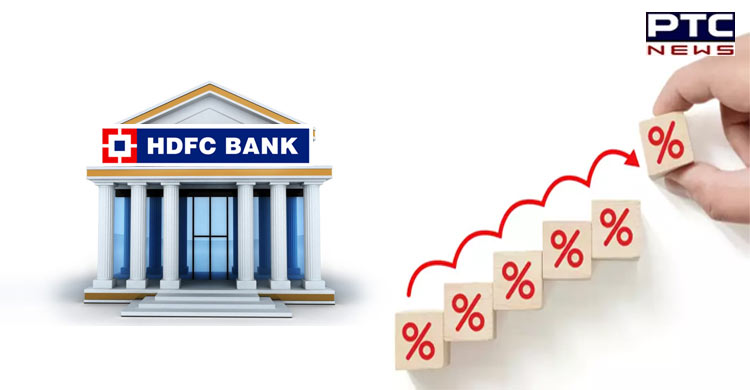 The equated monthly instalment (EMI) on a variety of loans, including housing, vehicle, and personal loans, will increase with the hike in MCLR rates.

This is HDFC Bank's second rate hike after the Reserve Bank of India (RBI) raised the policy repo rate by 40 basis points in early May.

On May 7, just a few days after the RBI raised the policy repo rate, HDFC Bank increased the MCLR by 25 basis points.

According to data updated on HDFC Bank's website, the overnight MCLR has been raised to 7.50 percent from 7.15 percent previously.

The one-month MCLR has been raised to 7.55 percent from 7.20 percent. The MCLR has been hiked to 7.60% for the three-month tenure. The revised MCLR for the six-month term is 7.70 percent.