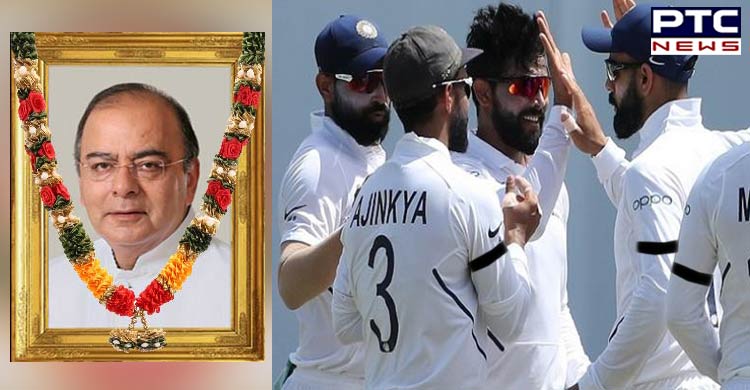 India vs West Indies 1st Test Day 3: Virat Kohli-led Team India will wear the black band to condole the demise of the former Finance Minister Arun Jaitley. Ind vs WI 1st Test match is underway, where India will be playing on the third day with a black band on their shoulder. Arun Jaitley passed away on Saturday following the breathing problem. Arun Jaitley was admitted in All India Institute of Medical Sciences (AIIMS) New Delhi. Meanwhile, the BCCI has condoled the sad demise of Arun Jaitley. The BCCI shares the pain and grief of the Jaitley family and prays for the departed soul.

India is playing the first Test against West Indies where India was all-out on Day 2 scoring 297. Also, West Indies is currently batting in the second innings, where so far they have scored 189/8 in 59 overs. Virat Kohli and company is already in the stronghold among the 1st Test match. Along with the BCCI and Indian Cricket Team, the whole nation is sharing the condolence on the sad demise of Arun Jaitley. Likewise, Indian Skipper Virat Kohli too expressed grief on Arun Jaitley death.

Virat Kohli said, "Shocked & saddened to hear about the passing away of Shri Arun Jaitley ji. He was genuinely a good person, always willing to help others. He took out his precious time back in 2006 when my father passed away to come to my home & pay his condolences. May his soul rest in peace." India vs West Indies 1st Test Day 3 is being played at Sir Vivian Richards Stadium, North Sound, Antigua.