Mahatma Gandhi's statue vandalized in US by Khalistani protestors 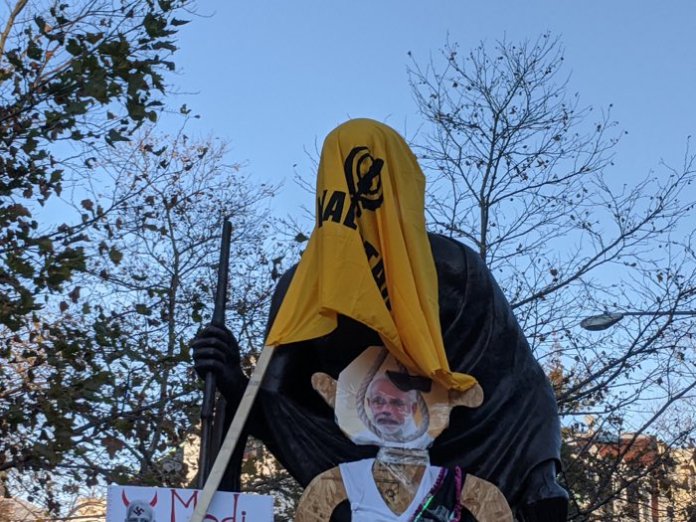 A violent group of Khalistani protestors has violated Mahatma Gandhi's statue outside the Indian embassy in the US during a demonstration by Sikh-American youths in support of farmers protesting against the recently enacted agriculture laws in India.

Hundreds of Sikhs from in and around Greater Washington DC area, Maryland and Virginia, along with many from other states like New York, New Jersey, Pennsylvania, Indiana, Ohio and North Carolina, on Saturday ventured a car rally to the Indian embassy in downtown Washington DC, where they gathered to express solidarity with the protesting Indian farmers.

It was a peaceful protest until it was hijacked by the separatist Sikhs who were carrying Khalistani flags with anti-India posters and banners. During the protest, many of the pro-Khalistan Sikh youths flashing kirpans jumped on the statue of Mahatma Gandhi and pasted a poster over it. The group raised anti-India and pro-Khalistan slogans.

The Indian embassy condemned the “mischievous act” by hooligans masquerading as protesters.

"The statue of Mahatma Gandhi at the Mahatma Gandhi Memorial Plaza in front of the embassy was defaced by Khalistani elements on 12 December 2020. The Embassy strongly condemns this mischievous act by hooligans masquerading as protesters against the universally respected icon of peace and justice,” Indian embassy said.

The embassy said it has lodged a strong protest with the US law enforcement agencies and also taken up the matter with the Department of State for an early investigation and action against the culprits under the applicable law.

Another group of Khalistan supporters hung a dummy of Prime Minister Narendra Modi's picture with a rope around the neck of the statue. 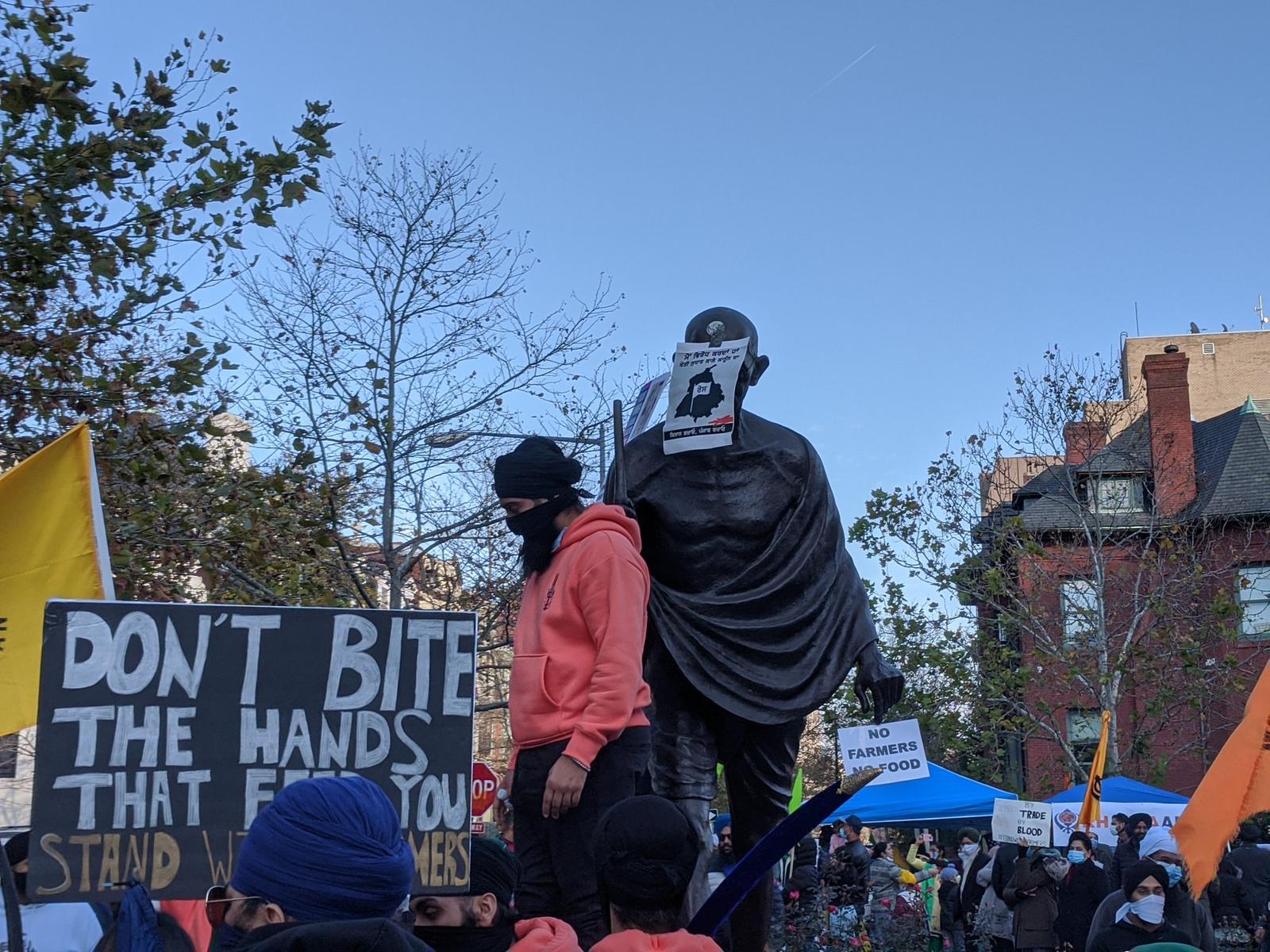 On June 26, US President Donald Trump had signed an executive order, according to which an individual can be imprisoned for up to 10 years for destroying, damaging, vandalizing or desecrating a monument, memorial, or statue within the US or otherwise vandalizes government property.

The statue of Mahatma Gandhi was unveiled by then prime minister Atal Bihari Vajpayee in the presence of then US president Bill Clinton on September 16, 2000, after the US Congress passed a law in 1998. Thousands of farmers are currently protesting at Delhi's borders with Haryana and Uttar Pradesh in protest against the Farmers' Produce Trade and Commerce (Promotion and Facilitation) Act, 2020, the Farmers (Empowerment and Protection) Agreement on Price Assurance and Farm Services Act, 2020 and the Essential Commodities (Amendment) Act, 2020.