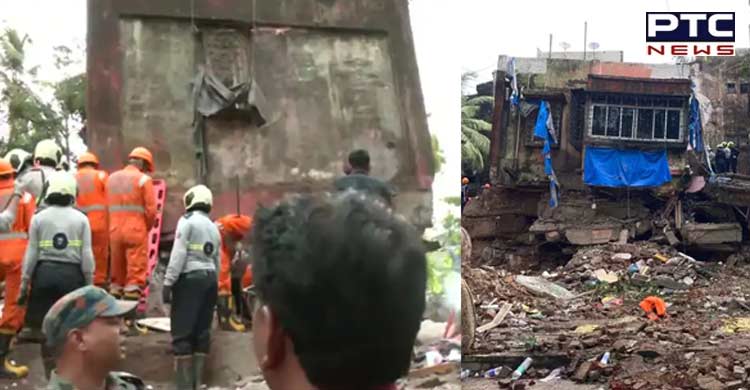 So far, 12 people have been rescued after the building collapse incident in Mumbai's Kurla late on Monday night. The incident took place in the Naik Nagar area and the fire brigade team and police were rushed to the scene. A rescue operation is underway.

As per BMC officials, 12 people have been rescued from the debris and are in stable condition.

Twenty to twenty-five persons are still said to be trapped under the debris.

According to the Rajawahi hospital, eight people were admitted (all male). Seven are receiving care at the OPD, and one is being hospitalised. Their condition is stable.

Twelve fire engines, two rescue vans, and six ambulances were dispatched, according to authorities, to assess the situation. There are also five JCBs with 28 workers.

On Monday night, Maharashtra Minister Aaditya Thackeray visited Mumbai's Kurla area where a four-story building collapsed and urged the Brihanmumbai Municipal Corporation to order the evacuation of the property.

"Whenever BMC issues notices, (buildings) should be vacated themselves...otherwise, such incidents happen, which is unfortunate...It's now important to take action on this," Thackeray said.

"Around five to seven people were rescued. All 4 buildings were issued notices, but people continue to live there. Our priority is to rescue everyone... In the morning we'll look into evacuation and demolition of these buildings so those nearby people aren't troubled," he had said.