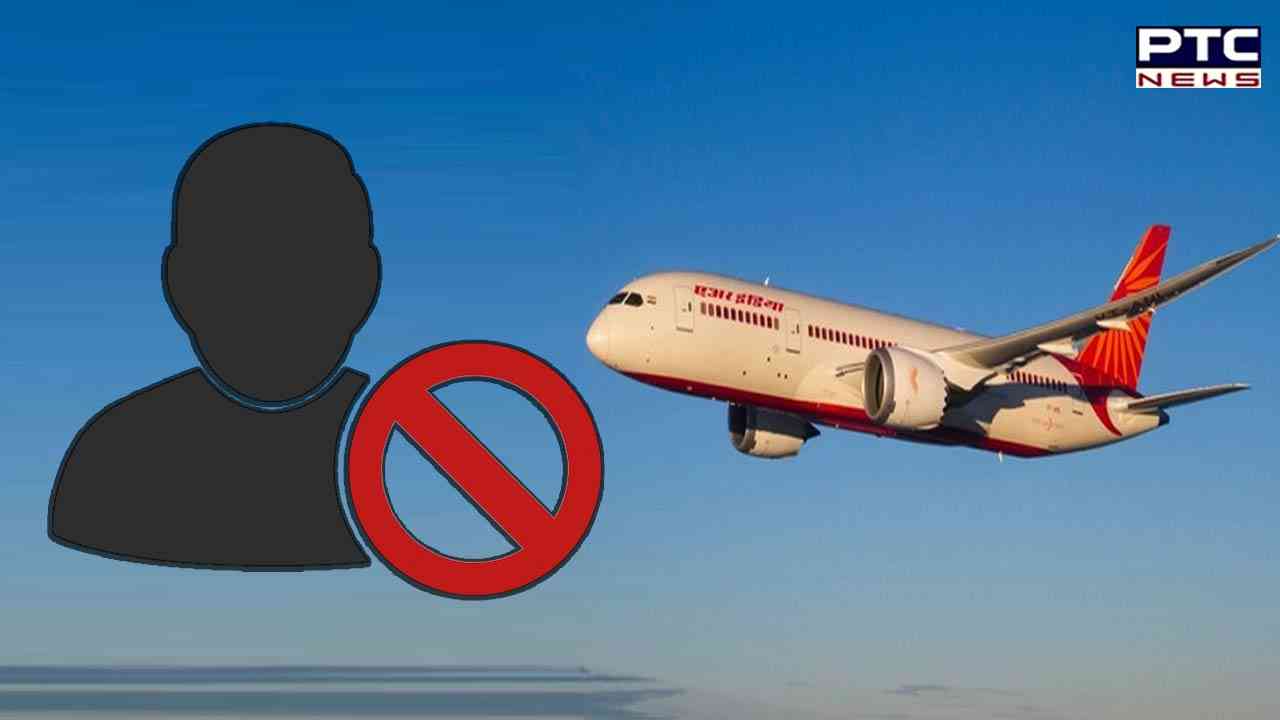 New Delhi, January 4: The state run airlines Air India on Wednesday banned the man who allegedly peed at an elderly woman travelling in business class and exposed his private parts to her on a flight from New York to Delhi in November 2022 for 30 days.


The airlines, in an official statement, said that they have taken very serious note of the incident that has caused extreme distress to a passenger. "Air India has taken a very serious note of the incident, where a passenger behaved in an unacceptable and undignified manner on the New York-Delhi flight that caused extreme distress to a fellow passenger. A police complaint has already been lodged in this case and Air India is committed to assisting the law enforcement agencies as well as regulatory authorities to ensure that justice is delivered to the aggrieved passenger," the Air India spokesperson said adding that they have reported the matter to the Directorate General of Civil Aviation (DGCA) for further action.

As a first step, Air India has banned the passenger for 30 days, the maximum it is permitted to unilaterally do so, it said further.

"We have also constituted an internal committee to probe lapses on the part of Air India's crew and address the deficiencies that delayed quick redressal of the situation. We are also in regular contact with the aggrieved passenger and her family during the investigation and reporting process," he added.


Meanwhile, the Delhi Police has also registered the FIR under sections 354, 509, 510 of the Indian Penal Code and 23 of the Indian Aircraft Act, against the man, who, in an inebriated state onboard an Air India US flight urinated on a woman co-passenger, a senior citizen, seated in the business class seat.

In her letter, the woman said that the appalling incident occurred shortly after the lunch was served "I am writing to express my deep disappointment regarding the appalling incident that occurred during my business class trip on flight AI102 (commencing in NY, JFK yesterday 26th November at 12.30 pm, and arriving this afternoon in New Delhi Indira Gandhi International Airport at approximately 1.30 pm). This has been the most traumatic flight that I have ever experienced.


During the course of the flight, shortly after lunch was served and the lights were switched off, I was getting ready to sleep, and another passenger walked to my seat completely inebriated. He unzipped his pants, relieved himself, and continued to expose me to his private parts. The passenger sitting next to me asked him to return to his seat. He did not respond immediately, but after a few moments left the area," the letter read.


Also Read | Risk for global recession in 2023 as economies of US, China and Europe face slowdown