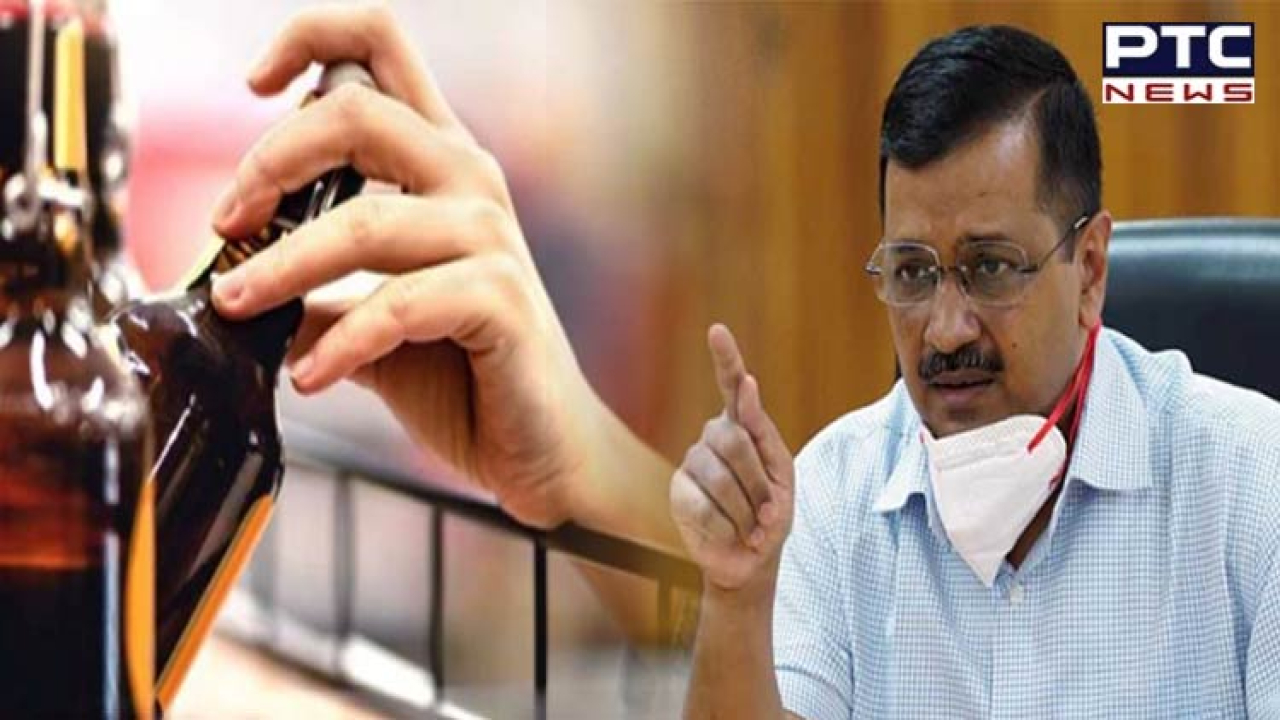 Bhavnagar (Gujarat), October 30: Amid row over Delhi's excise policy, Chief Minister Arvind Kejriwal, who is on a visit to Gujarat on Sunday, said that Rs 4,000-5,000 crore was going to be generated from the policy, but there was a loss in revenue due to the intervention of Lieutenant Governor VK Saxena.

"Excise policy of AAP was supposed to generate revenue of Rs 4000-5000 crore but just two days before its implementation LG made many changes to it due to which 300-400 shops could not be opened. Their licence fees and revenue did not come. This is the reason behind less revenue," Kejriwal told mediapersons here. This came after Bharatiya Janata Party (BJP) national spokesperson Shehzad Poonawalla slammed the Aam Aadmi Party (AAP) over the RTI's new disclosures in the matter of the Excise Policy scam case.

Poonawalla alleged that the 'New Liquor Policy of AAP' caused a huge loss. He said that in 288 days, there has been a loss of Rs 2,000-2,300 crore. "AAP's New Liquor Policy caused a loss of almost Rs 2000-2300 crore. The previous liquor policy had earned Rs 768 crore in September alone which means nearly Rs 25 crore per day, while the new policy could earn Rs 5,036 crore in 7.5 months meaning Rs 14.4 crore a day," BJP spokesperson Shehzad Poonawalla said underscoring that the new policy should have garnered profit instead of bearing a loss of Rs 8 crore per day.

Poonawalla further alleged that this was the 'tip of the iceberg' and said that "Sharab ghotaala" was much bigger than this.

Apart from this, there are many other losses due to the corruption and commissions taken by the AAP leaders and middlemen to make "Sharab policy for the Sharab mafia," he alleged.

He further accused the AAP government of using this money in the Punjab elections and said it is now being used for Gujarat.

The elections in Gujarat are slated to be held soon, for which the political parties are pressing hard to register a victory.

The BJP spokesperson further said whenever questions are raised about Liquor policy, the AAP diverts the matter or starts "playing the victimhood card".

Terming the new excise policy by the AAP government in the national capital as "Paapkari", Poonawalla said that "AAP ka Paap has been exposed."

The matter came to light when the Central Bureau of Investigation (CBI) raided the residence of Delhi Deputy CM Manish Sisodia on August 18, in connection with the alleged scam in the implementation of the Delhi government's liquor policy, which now stands withdrawn.

Sisodia was among 15 others booked in an FIR filed by the CBI. Excise officials, liquor company executives, dealers, some unknown public servants and private persons have been booked in the case.

Sisodia, in charge of the excise department, has been under the scanner for alleged deliberate and gross procedural lapses which provided undue benefits to the tender process for liquor licensees for the year 2021-22.

The Delhi government's version is that the policy was formulated to ensure the generation of optimum revenue, eradicate the sale of spurious liquor or non-duty paid liquor in Delhi, besides improving user experience.

The CBI had filed a case against alleged corruption in the 2021-22 excise policy. The excise policy was subsequently withdrawn by the AAP government.

Sisodia was among 15 others booked in an FIR filed by the CBI. Excise officials, liquor company executives, dealers, some unknown public servants and private persons were booked in the case.

It was alleged that irregularities were committed including modifications in the Excise Policy and undue favours were extended to the license holders including waiver or reduction in licence fee, an extension of L-1 license without approval etc.