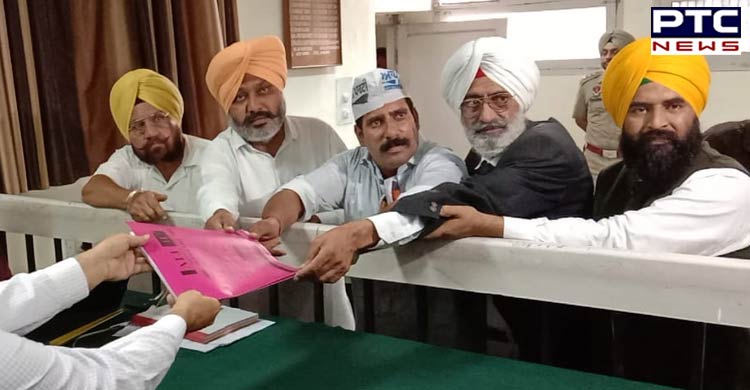 Byelection in four constituencies of Punjab will be held on October 21 and counting will be done on October 24. Santosh Kumar Gogi filed his nominations at the SDM office. He was accompanied by AAP leader Harpal Cheema and other party leaders.