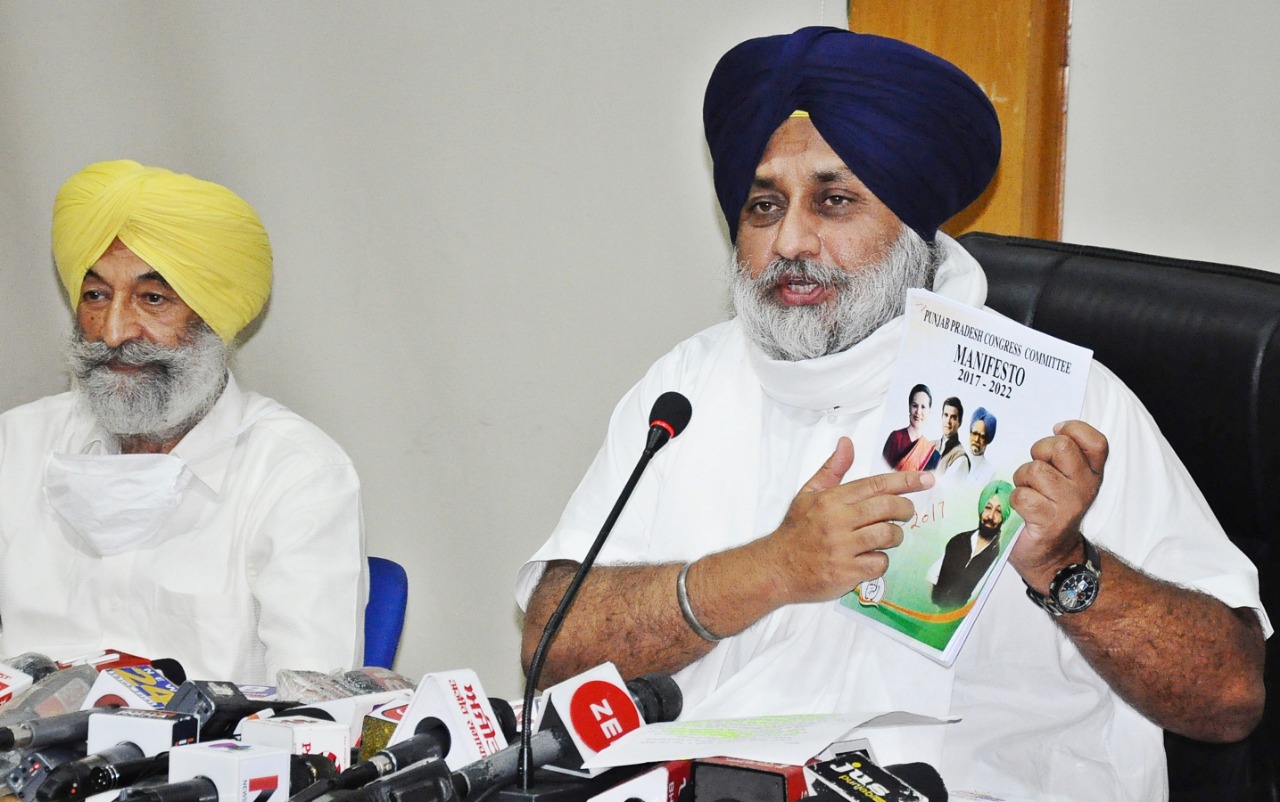 While addressing a press conference at the SAD head office, Sukhbir Singh Badal said that before indulging in photo ops in Punjab tomorrow, Rahul Gandhi should tell Punjabis why he had betrayed their cause and initiated the process to make the Agri Bills a reality.

“I want to ask Rahul five questions. Did your party’s 2017 election manifesto in Punjab say that you will open private ‘mandis’ and give permission for e trading the contract farming which is in force now? If so, why haven’t you repealed the amended APMC Act in Punjab till now?" Sukhbir Badal said. 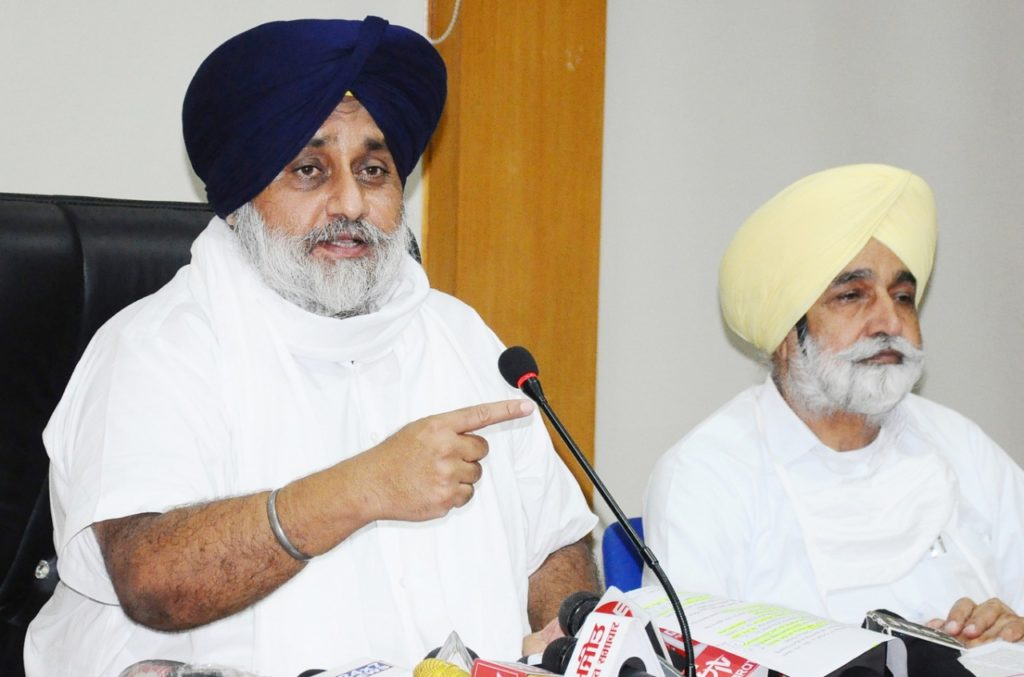 Adding, he asked: "Did you in your 2019 election manifesto state that you will abolish the APMC Act altogether and make agri-trade free from all restrictions? Why did you choose to leave the country one day before the Agri Bills were to be taken up in parliament and come back the day they became Acts? Also why didn’t you issue a whip to your mps to vote against the Bills and field senior leaders to oppose them?”

Speaking about the clean chit given to Sadhu Singh Dharamsot despite being indicted in an inquiry conducted by an Additional chief secretary, Mr Sukhbir Badal said Rahul Gandhi should tell the Dalit community in Punjab whether he was in agreement with this action.

“Rahul should also tell if he is in agreement with the chief minister’s decision to give an open license to Congress ministers to loot central funds sent for distribution to SC students," the SAD President said. 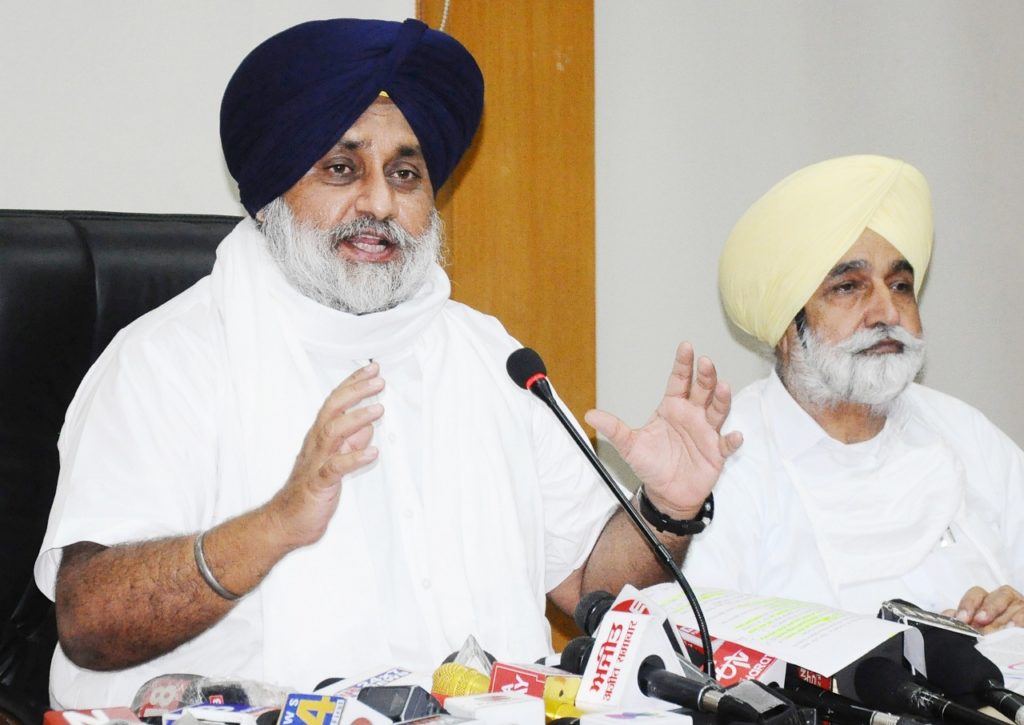 The SAD President also rejected the re-inquiry ordered by the chief minister in the case, saying an officer junior to the Additional chief secretary had been deputed to exonerate Sadhu Singh Dharamsot.

“Now the government is saying that only Rs seven crore has been embezzled yet no action has been taken in the matter. I only wish to state that if Sadhu Singh Dharamsot who looted Rs 69 crore has been found to be innocent then a case should be registered against Additional chief secretary Kripa Shankar Saroj who indicted him for embezzling the SC scholarship funds," Badal said.

Sukhbir Badal also castigated the chief minister for indulging in duplicitous politics. He said on the one hand the chief minister called a special assembly session to pass a resolution rejecting the central agricultural ordinances and on the other did not send them to the centre for more than one month.

He said similarly Capt Amarinder had refused to introduce legislation to negate the implementation of the Agri Acts in the State.

He said Sardar Parkash Singh Badal had made maintaining peace and communal harmony the cornerstone of all SAD led governments during his five time stint as chief minister of the State. “The SAD is committed and will always remain committed to this philosophy of bhaicharak sanjh”, he added.

Badal also made it clear that the cause of the farmers was common to all and concerned every Punjabi. “We must all unite and one to fight this battle. I have earlier also made appeals in this regard and even now reiterate that I am ready to follow the lead of the Kisan organizations to ensure the voice of the annadaata is not diluted in any manner”.