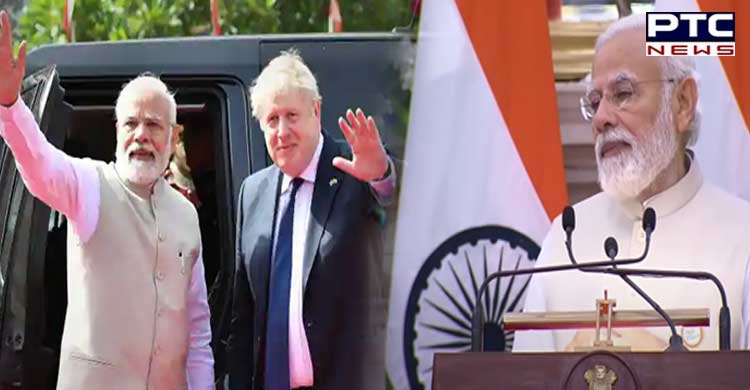 New Delhi, April 22: Prime Minister Narendra Modi termed the visit of UK Prime Minister Boris Johnson to India as "historic" since it came during a time when India is celebrating "Azadi ka Amrit Mahotsav" to mark the 75th year of its independence.

"PM Boris Johnson's visit to India during 'Azaadi Ka Amrit Mahotsav' is historic," PM Modi said while delivering a joint statement after holding talks with his UK counterpart here at Hyderabad House. The talks focussed on further intensifying the multi-faceted ties between India and UK. An immediate end to the violence in Ukraine, deepening of climate and energy partnership and keeping the Indo-Pacific region "free and open" figured among the discussions. 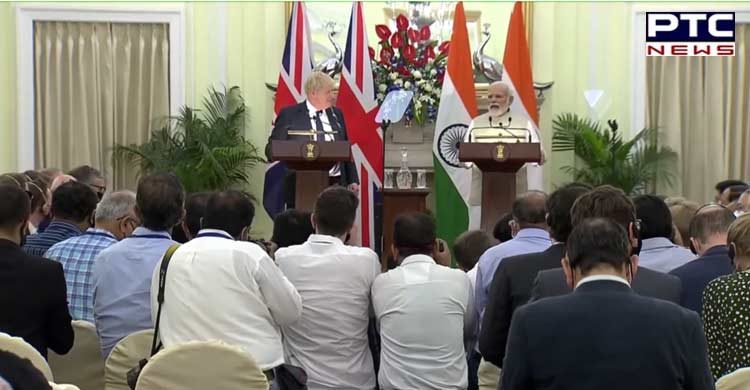 PM Modi and the British PM Johnson also witnessed the exchange of agreements between India and the United Kingdom.

Prime Minister Modi highlighted that the talks on Free Trade Agreement between India and UK are underway. "Last year we (India-UK) launched a comprehensive strategic partnership. Work on FTA is underway. Talks were held on the defence sector, trade, climate, and energy. Talks were also held on free, open and rule-based Indo-Pacific region," he added. 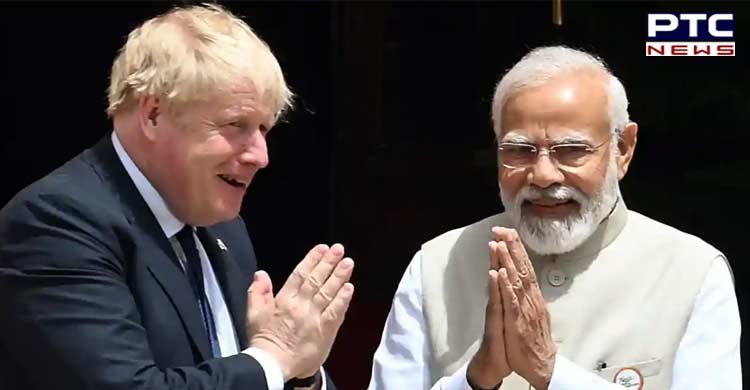 PM Modi and Boris Johnson also spoke on the need for a rules-based order and a free Indo-Pacific. "We invite the UK to join India's National Hydrogen Mission. We stressed on a free, open, inclusive, and rules-based Indo-Pacific region," he added.

"For past many years, UK Prime Minister Boris Johnson has played a pivotal role in strengthening India-UK relations," Modi stressed.

The UK PM on a two-day visit to India had arrived in Ahmedabad on April 21 and arrived in the national capital on Thursday night.

Ahead of his delegation-level talks today, the British PM was welcomed in a ceremonial reception by PM Modi at Rashtrapati Bhavan where he received a Guard of Honour.

Johnson said that "It is a very auspicious moment in India-UK friendship and two democracies, largest and one of the oldest."

"I do not think things have ever been so strong and good between India and UK as they are now," Johnson stated.

The British PM noted he would not get the same "fantastic welcome" anywhere else in the world. 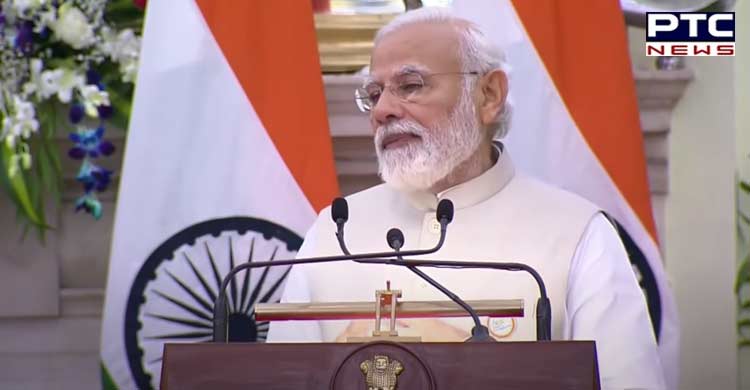 "They put on a fantastic welcome for us. It was absolutely extraordinary. I have never seen such a joyful reception," he said adding, "I would have not gotten the same reception anywhere else in the world. It was amazing to see your home state for the first time," Johnson said.

The British PM started his day by paying tribute to Mahatma Gandhi at his Samadhi at Raj Ghat here. External Affairs Minister S Jaishankar called on Johnson and discussed bilateral ties and implementation of the India-UK Roadmap 2030.