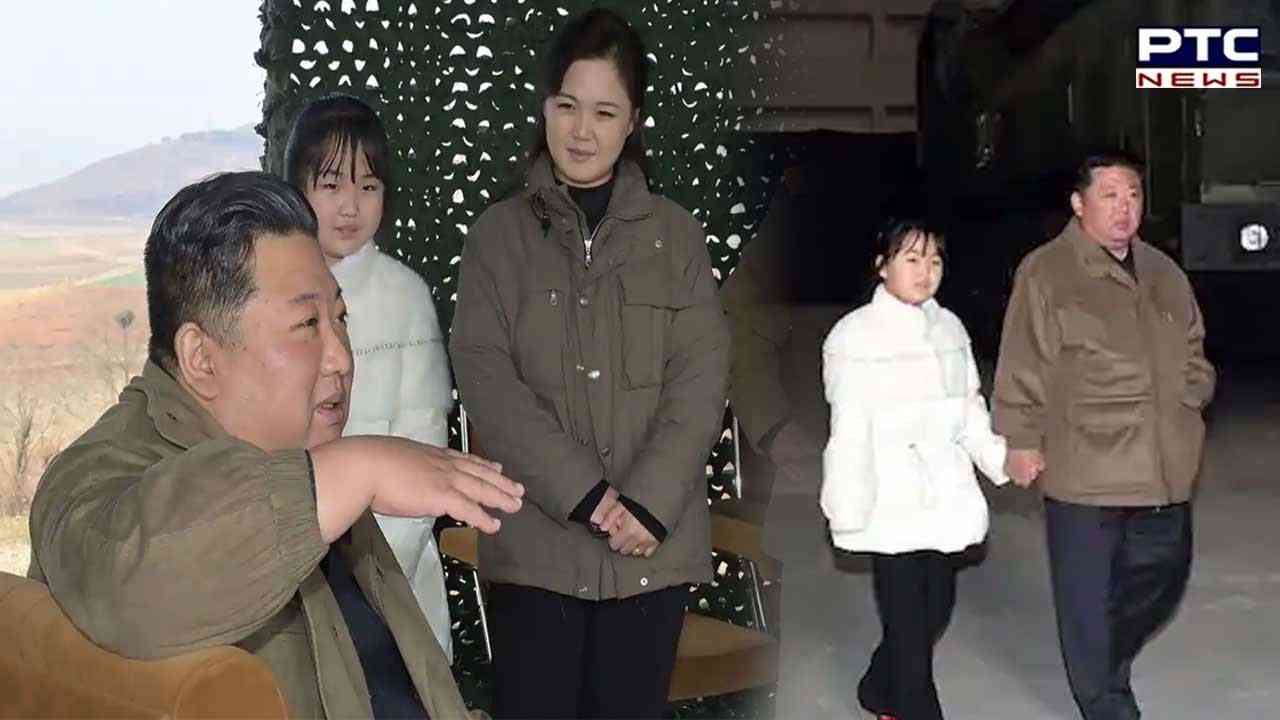 The state-run Korean Central News Agency (KCNA) has released pictures of Kim holding hands with his daughter while the ICBM sits nearby on its mobile launch platform. According to KCNA, the "new" missile witnessed by the pair was a Hwasong-17, which launched from Pyongyang International Airfield and glided 999.2 kilometres (621 miles).

Earlier, on Friday, following the launch, Japan issued a warning that a new missile appeared to have the potential range to reach the US mainland.

Kim stated that his country will respond to continued threats with nuclear weapons, according to the state news agency KCNA.

He added that Pyongyang "will resolutely react to nukes with nuclear weapons and to total confrontation with all-out confrontation," the KCNA report said.

The threats come a day after Pyongyang fired an intercontinental ballistic missile.

The isolated country fired an intercontinental ballistic missile (ICBM) toward the East Sea on Friday, the South Korean military said, in protest over the United States' move to reinforce its "extended deterrence" protection of South Korea and Japan.

This statement was released on the day when South Korea and the United States simulated strike operations against military sites linked to North Korea's missile program.

"Kim Jong Un solemnly declared that if the enemies continue to pose threats ... our party and government will resolutely react to nukes with nuclear weapons and to total confrontation with all-out confrontation," the official KCNA news agency said.

According to Yonhap, the launch is believed to have involved the Hwasong-17 ICBM, which was tested on November 3 but was deemed a failure.

The north confirmed the launch of the Hwasong-17 ICBM as part of a "top-priority defence-building strategy" aimed at developing "the most powerful and absolute nuclear deterrence," according to KCNA, calling it "the strongest strategic weapon in the world."