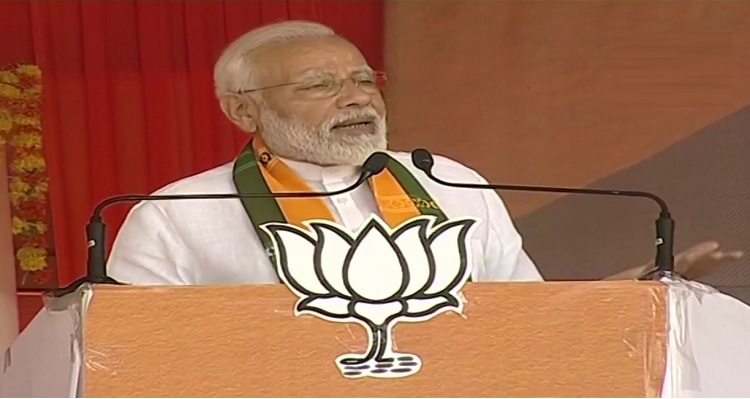 While talking about the Kartarpur Sahib, PM Modi said, "The distance and the obstacles between the holy place of our Guru Nanak Dev - Kartarpur Sahib and us - is now going to be eliminated. The helplessness to watch it through a pair of binoculars, for 70 yrs, is now being eliminated."

"The Kartarpur corridor is almost complete now. This opportunity has come 7 decades after independence, 70 years went by. What can be a bigger misfortune than this that we had to see a holy place from afar, through a pair of binoculars?" he added.

While targeting Congress, PM Modi said, "Were people responsible to mark the line of partition in 1947, didn't think that devotees shouldn't be kept away from Guru by 4 km? Should Congress govt not have made the effort to eliminate this distance? Congress & parties affiliated to its culture never respected Indians' culture."