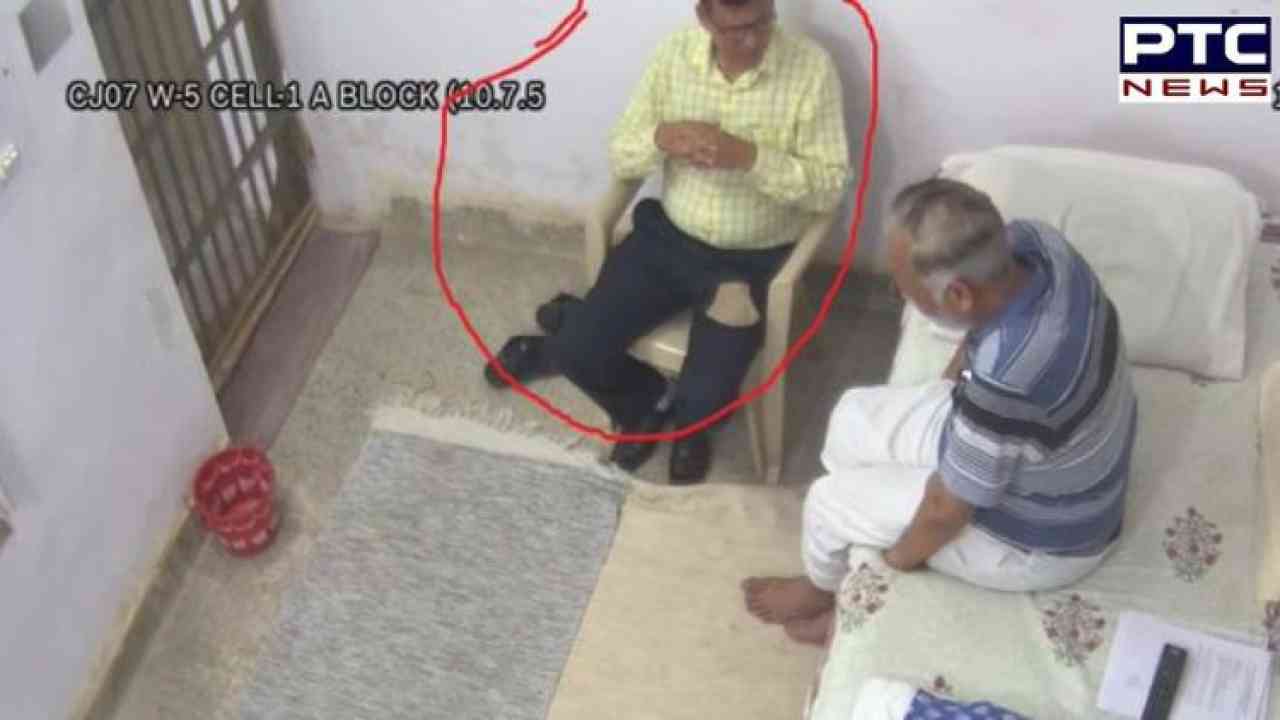 New Delhi, November 26: In the midst of the uproar over Satyendar Jain's videos from Tihar jail, more CCTV footage of the jailed Delhi Minister have surfaced on the internet. In the videos, he can be seen having a long conversation with some people in the jail.

In another video, the jailed AAP minister can be seen interacting with suspended Tihar Jail superintendent Ajit Kumar. Kumar was suspended earlier this month.

Following the massage video, the jailed minister was seen receiving proper food inside his cell. According to jail sources, Satyendar Jain has gained approximately 8 kg in weight.

However, his lawyer previously claimed that the Delhi minister had lost 28 kgs while jailed. This claim appears to conflict with the CCTV footage that has surfaced on the internet.

Currently, AAP's Jain is lodged in Tihar jail in a money laundering case.