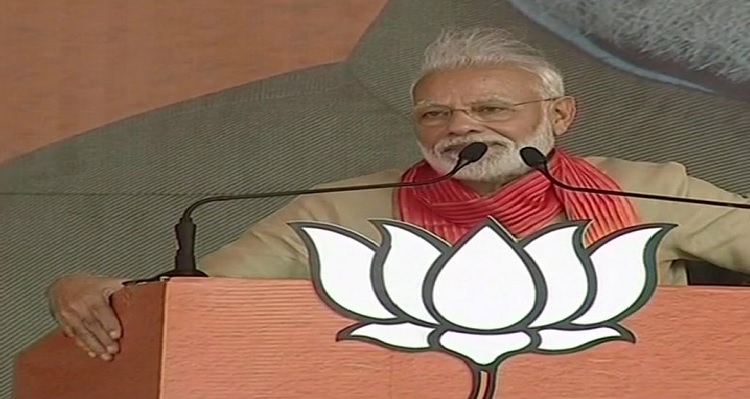 Prime Minister Narendra Modi professed his love for Haryana at a rally in Charkhi Dadri ahead of the Haryana Assembly Elections. "I don't come to Haryana for election rallies. I don't campaign for BJP in Haryana, I don't ask for votes in Haryana. Haryana itself calls me. I can't stop myself from coming here. You have given me so much love," he said.

Exhorting the gathering to treat daughters with love and respect, he said, "We will have two types of Diwali this time. A 'Diya' (earthen lamp) Diwali, and a 'kamal' (lotus) Diwali. We should dedicate this Diwali to our daughters and celebrate their achievements."

The Prime Minister also commended people for their active participation in the Beti Bachao Beti Padhao campaign. "Had the villages of Haryana not stepped forward then, Beti Bachao, Beti Padhao would not have been so widespread, effective and fruitful. Every person in Haryana says, 'Mhari chhoriyaan chhoron se kam hain ke?'" He quipped.

Talking about gender equality, he said Chinese President Xi Jinping expressed his appreciation for the film, Dangal at the recent informal summit. The film showcased the true story of a father’s struggle to make his daughters champion wrestlers. "During my recent informal summit with Chinese President Xi Jinping, he said to me that he had seen 'Dangal', which showcased the excellent performance of daughters of India. I felt really proud of Haryana on hearing this," the PM said.