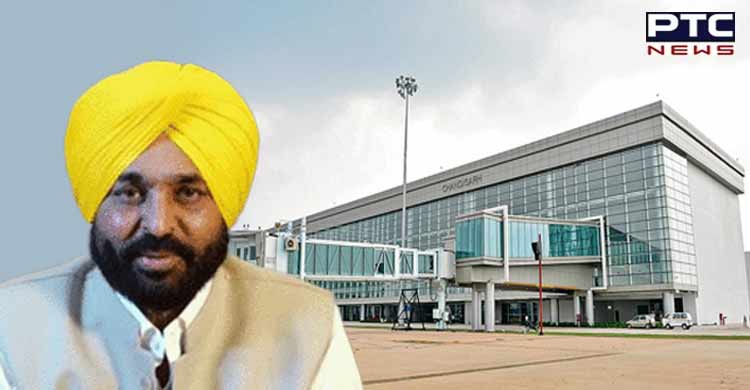 Chandigarh, September 25: Welcoming the decision to name the Mohali airport on name of Shaheed-e-Azam Bhagat Singh, the Punjab Chief Minister Bhagwant Singh said that it is result of strenuous efforts by state government.

In a statement, the Chief Minister said that the announcement made by Prime Minister of India Narendra Modi regarding naming of the airport on name of legendary martyr in the ‘Mann Ki Baat’ has filled the entire country with joy. He said that it is dream come true for him and every Punjabi as his government has been making concerted efforts in this regard. Bhagwant Mann said that he had held detailed meeting with the Haryana Deputy Chief Minister Dushyant Chautala to make a consensus for naming this airport on the name of iconic martyr.

Subsequently, the Chief Minister said that he had personally wrote a letter to the Government of India for naming this airport after Shaheed Bhagat Singh. Bhagwant Mann said that he had demanded that the name of airport must be announced ahead of the birth anniversary of Shaheed-E-Azam slated on 28th of this month. He said that the announcement made by the Prime Minister is a result of these endeavours adding that it is a real tribute to the young martyr.

The Chief Minister reiterated that his government is fully committed to cherish the aspirations of Shaheed Bhagat Singh, who had sacrificed his life at the altar of motherland during fight against Britishers. He said that Shaheed Bhagat Singh had made the supreme sacrifice to emancipate the country from clutches of foreign imperialism. Bhagwant Mann said that the state government is duty bound to carve out a progressive and prosperous Punjab for welfare of every section of society, as envisioned by the legendary martyr.